Senior Grant Thimmesch of Inman was chosen as the Advanced Physical Therapy Athlete of the Month for May. Thimmesch plays football and track for the Teutons and has dealt with a variety of injuries over his high school career, including a serious shoulder injury that required surgery.

“I have been on a rollercoaster of different pains the past two years, and especially with football, which really is a mental game,” Thimmesch said. “I asked myself can I tough it out or do I take a break and hope it heals? And I would get right back in as soon as I could, and this became very common. But I didn’t want to get it checked until after the season in case they wanted to fix it or something. I didn’t want to lose my season.”

Thimmesch has often chosen to play through pain for the benefit of his team, but that does not mean he hasn’t thought about sitting out and fully healing. He played on a torn labrum as a sophomore.

“Once I started seeing myself losing playing time and seeing how much the team needed me, I toughened up and started all the games after that,” Thimmesch said.

Thimmesch plans to attend McPherson College and major in Automotive Restoration and also plans on throwing the javelin. After college he wants to restore and preserve old cars and their history. 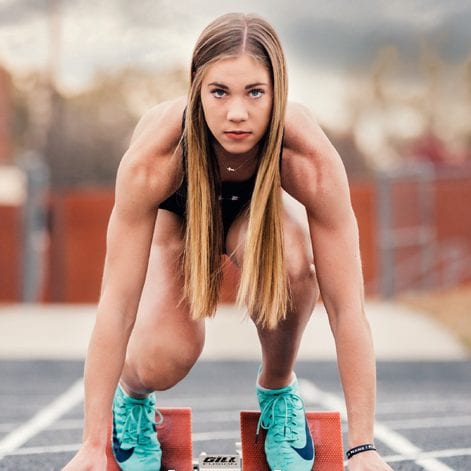