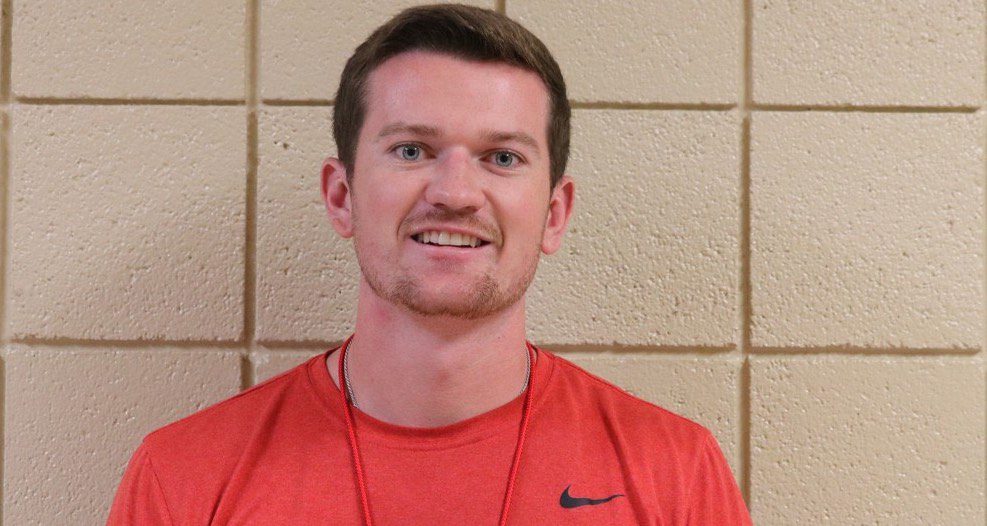 Kyler Stein, the head boys’ basketball coach at Solomon, was chosen as the Salina Regional Orthopedic Clinic Coach of the Month for April . Stein led the Gorillas to a fourth-place finish in the Class 1A-DI Tournament last month.

Solomon was Stein’s first coaching and teaching job as he graduated from Kansas State last May.

“This year it was awesome to see the community rally around the team,” Stein said. “The excitement and energy in the town was just tremendous after our sub-state victory. It was the first time in 104 years that the Solomon boys have made it to the state tournament. To break that drought with this group of guys was very special to me.”

Stein said his coaching philosophy is built on developing relationships with his players and making sure every detail is covered.

“Developing strong relationships is very crucial,” Stein said. “I recognize every kid is different, they respond differently, they learn differently, and we have to coach each kid slightly differently.”

Throughout the season, the Gorillas had multiple players out, so Stein and his staff had to adjust to not having their full lineup. That adversity made the conclusion to the season even sweeter.

“In the sub-state championship, we were down five with 20 seconds left. In the state tournament against the two-seed, we were down 12 heading into the fourth quarter,” Stein said. “In both these situations we competed every single possession and we battled through adversity to come out on top. This team simply never gave up and always played hard, and that’s something you can’t always coach.”