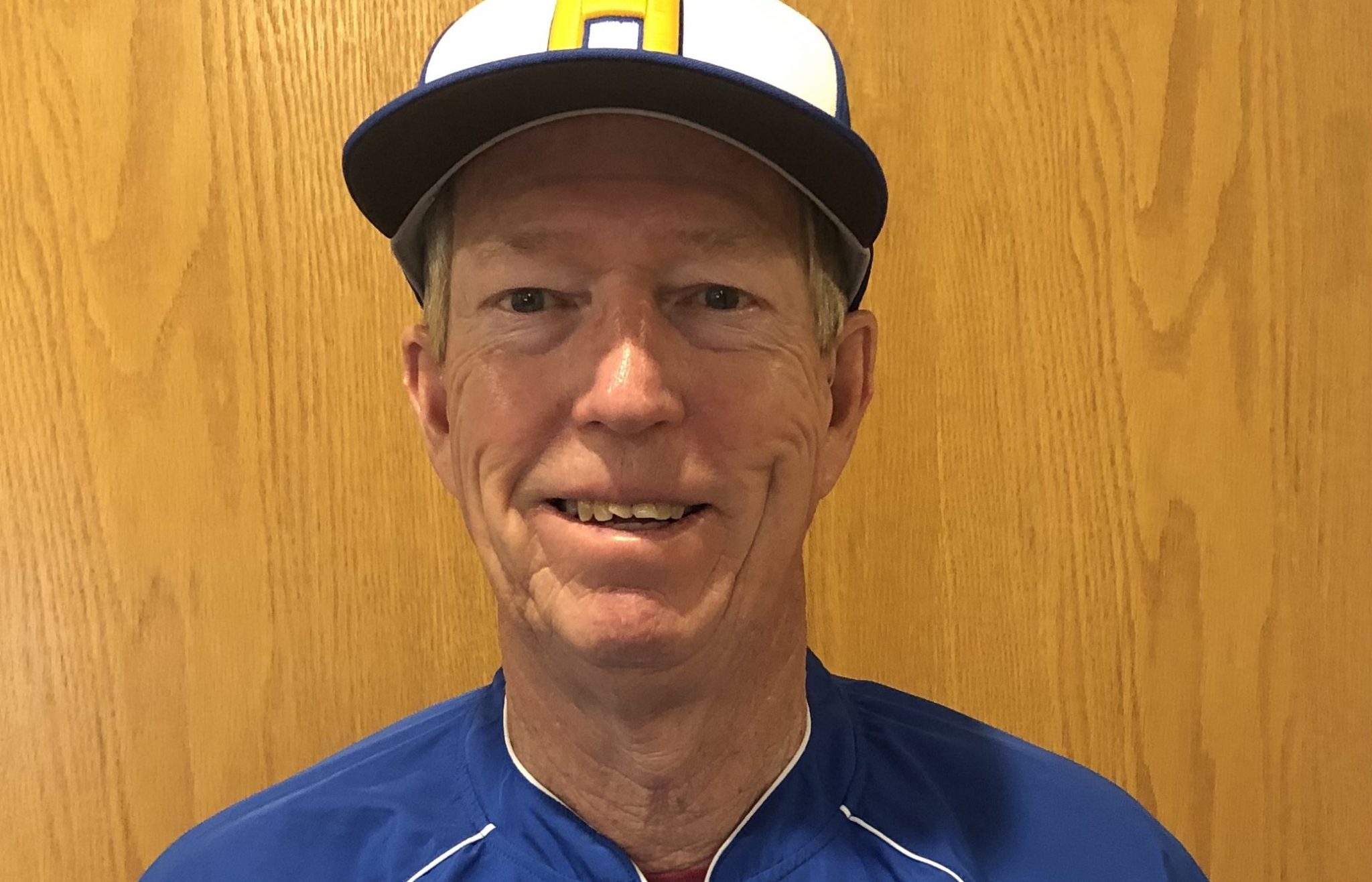 Jim Preston, who is the head baseball coach at Hutchinson, was chosen for the Blue Dragon Spotlight for April. Preston is a native of Hutchinson and played on the Salthawks 1974 state championship team.

Since being hired as the head coach in 2016, Preston has two specific games that stand out to him.

Ever since high school, Preston has been interested in coaching baseball and getting young people to be passionate about the game.

“I became interested in coaching baseball after I played on the first Hutchinson Community College baseball team in 1975 coached by the legendary Gene Torczon,” Preston said. “I then went on to play baseball at Kansas State and graduated in 1978. I returned to the Hutchinson area and became Coach Torczon’s assistant for 2 years. Teaching the game of baseball to young men is truly a passion for me.”

Preston lists the use of facilities and being able to watch each other’s games as some of the reasons why the Hutchinson High School baseball program has such a great relationship with Hutchinson Community College.