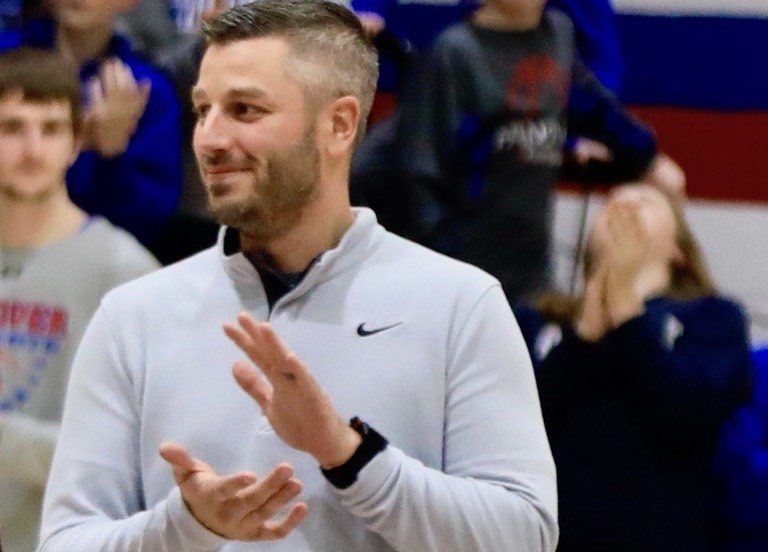 Cory Jensen, the boys’ basketball coach at Hanover, was chosen as the Salina Regional Coach of the Month for March. Jensen has led the Wildcats to a high ranking in VYPE’s Salina Area Power Rankings all season.

This is Jensen’s second season as the head boys coach at Hanover. He previously was the head coach at Tri-County, where he took a program from zero wins his first season to back-to-back winning seasons.

It was last year, however, when Hanover went 24-1 and won the league and Class 1A DII championship that stands out to Jensen.

“There have been quite a few moments that I would describe as my ‘best,’” Jensen said. “My first year, we went 24-1, won the TVL Tournament title, TVL Regular Season title, and 1A DII state championship. Going into my second year we had a 30-game win streak.  But the best moments come from practices and those van rides where you really get to know the kids and their sense of humor.”

Jensen described his coaching style as teaching his players to play the game, rather than just showing them plays.

“I know that sounds simple, but we really put an emphasis on skill work, and then giving our guys the freedom and space to utilize those skills,” Jensen said.

Jensen’s dad, who won a state title at Linn in 1985, is his coaching influence and not just because of wins and losses.

“He’s the man in the crow’s nest for me,” Jensen said. “He is looking at it from a big picture, what could give us difficulties in future games, and provides a different perspective. He’s always been my biggest believer and fan.”