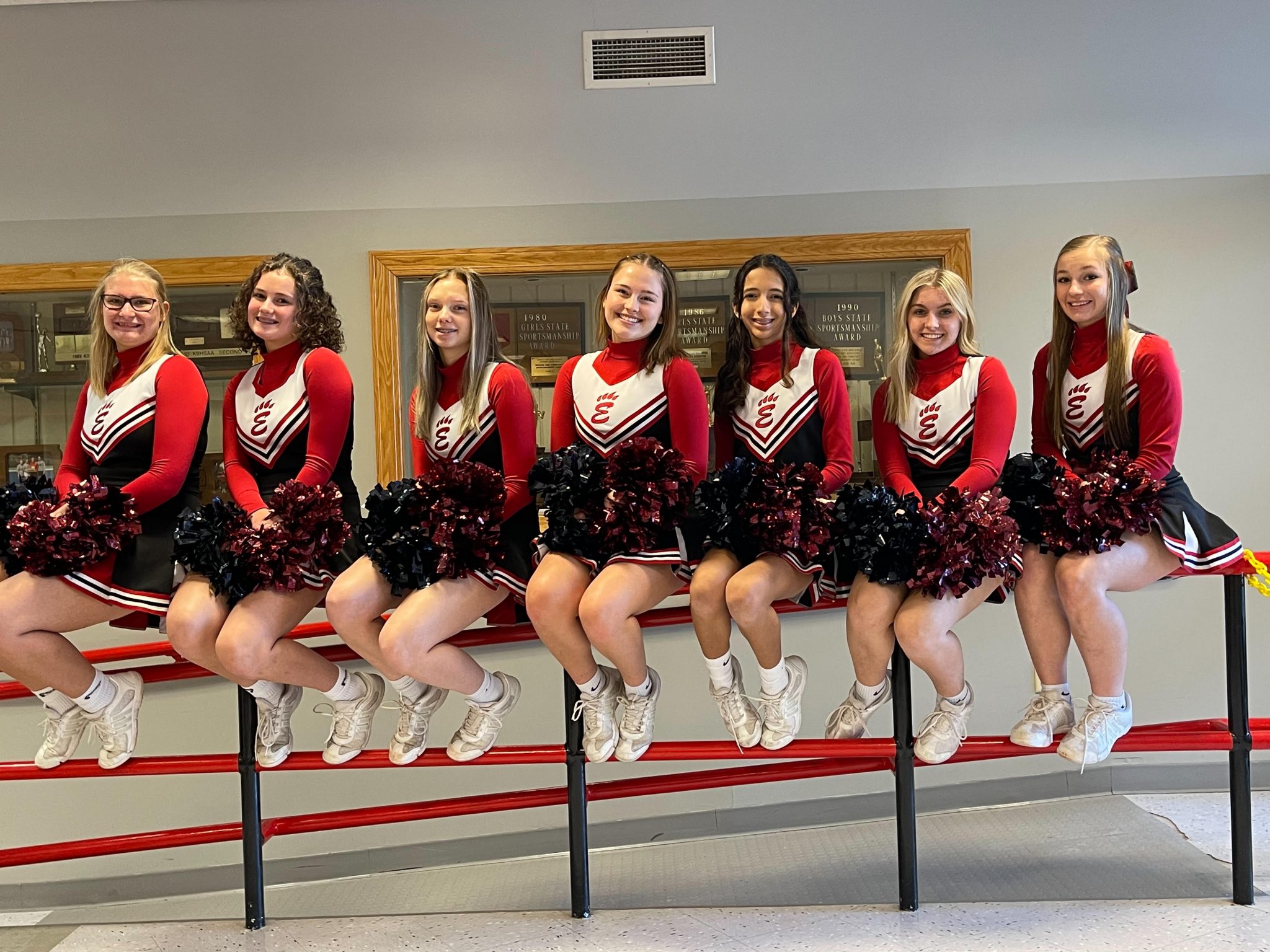 With just one senior and no juniors, Ellsworth head coach Stephanie Zamrzla knew she would have her work cut out for her this year, but she also says having a lot of new cheerleaders brings a lot of excitement.

“The exciting parts are the fresh ideas, new outlooks, and perspectives on things,” she says. “The biggest challenge has been getting the girls to understand the commitment cheer takes. We cover football, we cover home cross country meets, wrestling, and we cover all of basketball. There is just a lot. We do Little Pepsters with the little girls. There’s just a lot of little things that I don’t think they realized.”

Cadence Hanson is the lone senior on the Ellsworth squad. To help get them ready to take over after she graduates, Hanson says she tries to make sure the underclassmen have a say in what the squad does.

Zoe Wimmer is just sophomore but being one of the returning cheerleaders from last year, she’s found herself in a leadership role. She says she’s really tried to teach the newcomers and make sure everyone is up to speed.

“I’ve just tried to help the freshmen, and even the sophomores, learn more things,” she says. “I just try to have our squad involved in more things.”

Freshman Allie Thomasson says the leadership of Hanson and Wimmer have helped make the transition from middle school to high school a little bit easier.