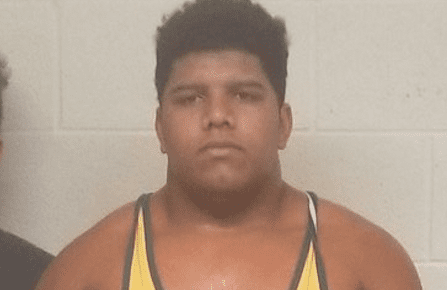 Kayson Dietz, a wrestler from Salina South, was chosen as the American Family Insurance Athlete of the Month for February. Dietz has been ranked all season in the 285-weight class.

“It is a great honor to be selected out of the many other athletes that were an option,” Dietz said.

Dietz, who took sixth at the 5A Tournament last season, has lost only one time this season.

“I feel like I am having a pretty good season so far,” Dietz said. “I am 18-1 with my only loss being to Rio Gomez (Newton). I am really looking forward to competing at our regional tournament and hopefully the 5A state tournament.”

Dietz’s main goal this season was to be a state champion, but he knew he had to improve a couple of areas first.

“A couple areas that needed some improvement were leg attacks and my speed,” Dietz said.

Dietz also plays football and runs track for the Cougars.

At this time, Dietz is still undecided about where he wants to go to college, but he wants to play football at the next level and study sports medicine.