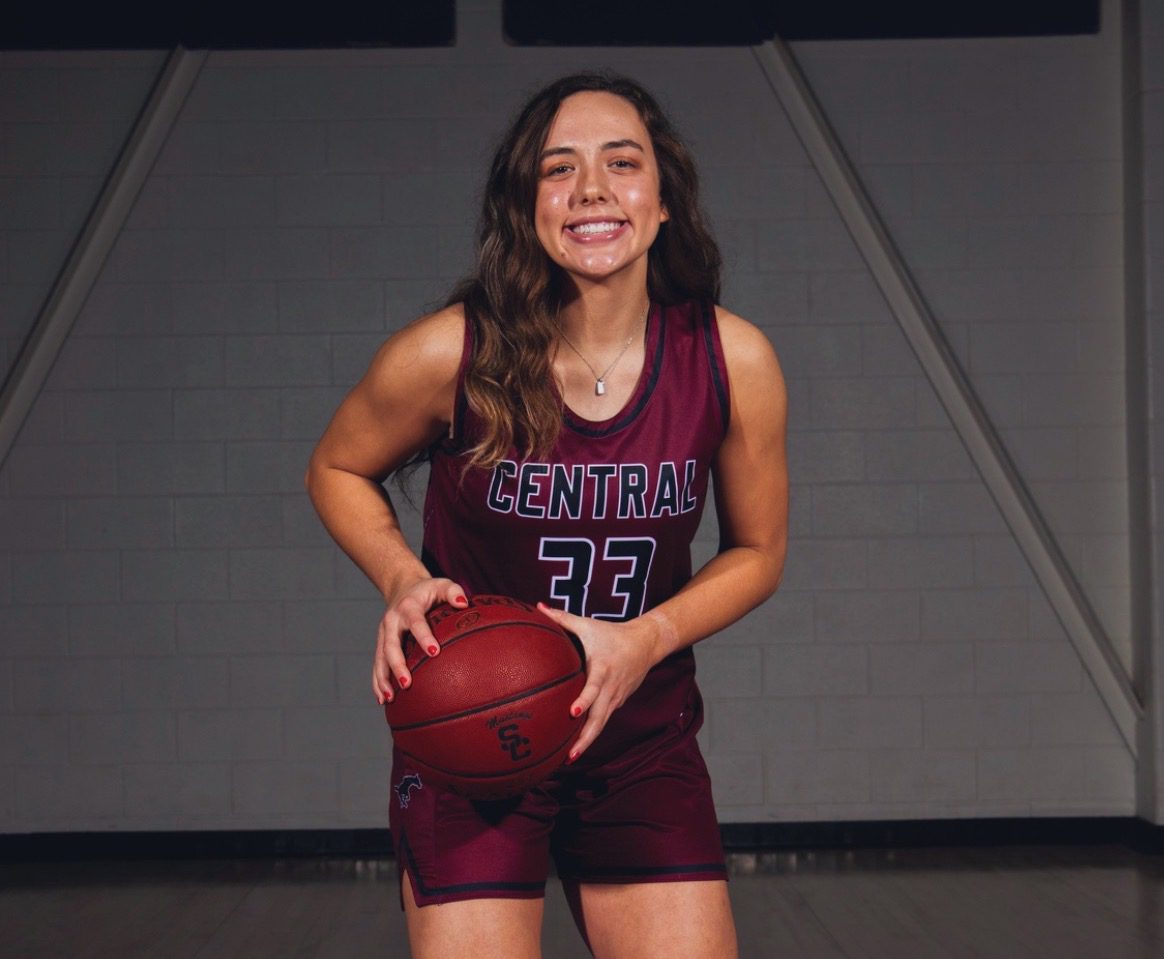 Processed with VSCO with a5 preset

Salina Central’s Hampton Williams is a two-sport athlete in basketball, and volleyball for the Lady Mustangs. She has been a four-year letter winner in both sports. This season Hampton is one of four seniors leading the team on the basketball court. Last season she was named to second team All-AVCTL as a junior and led the Lady Mustangs in rebounds.

Listed as a forward, Hampton is versatile enough to play multiple positions and is being recruited at both the small forward and power forward positions.

“I can play anywhere on the court,” she said. “I was recruited to play a 3 or 4 position and I plan on playing for Abilene Christian University in Texas where I want to be a pre-med major.”

Hampton is known for being relentless on the court and working hard on every play with or without the ball. Her passion for the game is obvious when you watch her play and the relationships she’s built with teammates comes through on the court.

“I love how my teammates support one another and how we hold each other accountable. They are some of my best friends and that makes it fun to just go out there and play,” said Hampton.

Away from school, Hampton said she enjoys visiting her brothers, working out and spending time with family and friends. She also enjoys getting out and seeing new things.