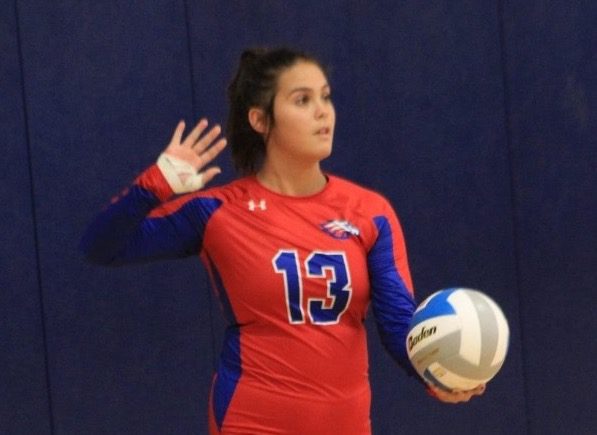 Emma Herrera of Canton-Galva was chosen as the Advanced Physical Therapy Athlete of the Month for February. Herrera plays volleyball, basketball, and softball for the Eagles.

During the volleyball season, Herrera cracked her tibia while stepping on a teammate’s foot and was sidelined from all physical activity until late November.

“This place is amazing,” Herrera said. “I felt like the staff was my family every time I walked in. I felt safe and I knew I was going to get better with these ladies around me.”

There were multiple exercises and treatments Herrera thought were beneficial to her recovery.

“I think standing on one foot and doing calf raises, throwing the weight ball onto a trampoline on my left foot, and making sure I did all of my exercises three times a day really helped everything,” Herrera said. “That’s how my ankle got better. The constant repetition and wanting to get back into sports motivated me.”

While she does not know where she wants to go to school, Herrera wants to get into medicine of some kind so she can help people or animals.