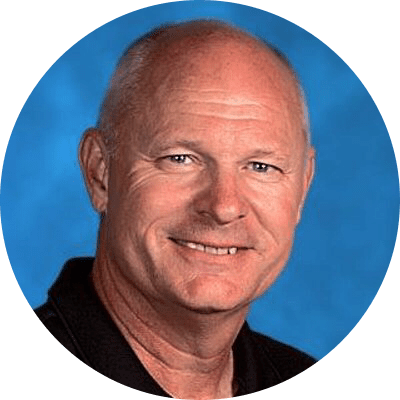 Moundridge head coach Vance Unrau has spent 20-plus years at the helm of the boys basketball program. Before taking over the boy’s basketball program at Moundridge, Unrau was a player for Goessel high school where he would find his first coaching mentor.

“My high school basketball coach, Chet Roberts at Goessel, was definitely the one that established my love for the game of basketball. He was demanding yet caring. The culture he established in the locker room and on the court is certainly something that I have tried to emulate in my coaching career here at Moundridge,” said coach Unrau.

During his 20-year tenure at Moundridge, coach Unrau has seen changes in the way the game is played.

“I’ve really tried to adjust my strategies as the game has changed while still holding strong to my principles in teaching the game. If I had to pick out one of the biggest changes in the game, it would be that is has become more physical than finesse. That in itself has required our guys to get into the weight room to meet the demands of today’s game. Kids no longer get the benefit of bucking bales all summer like I did as a kid,” said coach Unrau.

Coach Unrau said he still enjoys the process and preparing his teams for competition.

“I enjoy practice. But I honestly love coaching in games. I love the atmosphere and excitement of game time. Guys giving everything they have playing for each other, their school, and their community. Players being successful because of preparation for the moment,” said coach Unrau.

This season the Moundridge boys, coming off a 14-win season, return some quality athletes that must tackle another tough schedule.

“I know what these guys are capable and hopefully we can meet our expectations. Landon Kaufman and Logan Churchill as well as some of our younger guys have been very committed to their off-season individual and team skill development. These guys will have to bring it every night against a brutal league and non-league schedule for us to be an elite team. Landon’s point guard IQ is at a very high level. Truly a coach’s luxury having him as our floor general,” said coach Unrau.