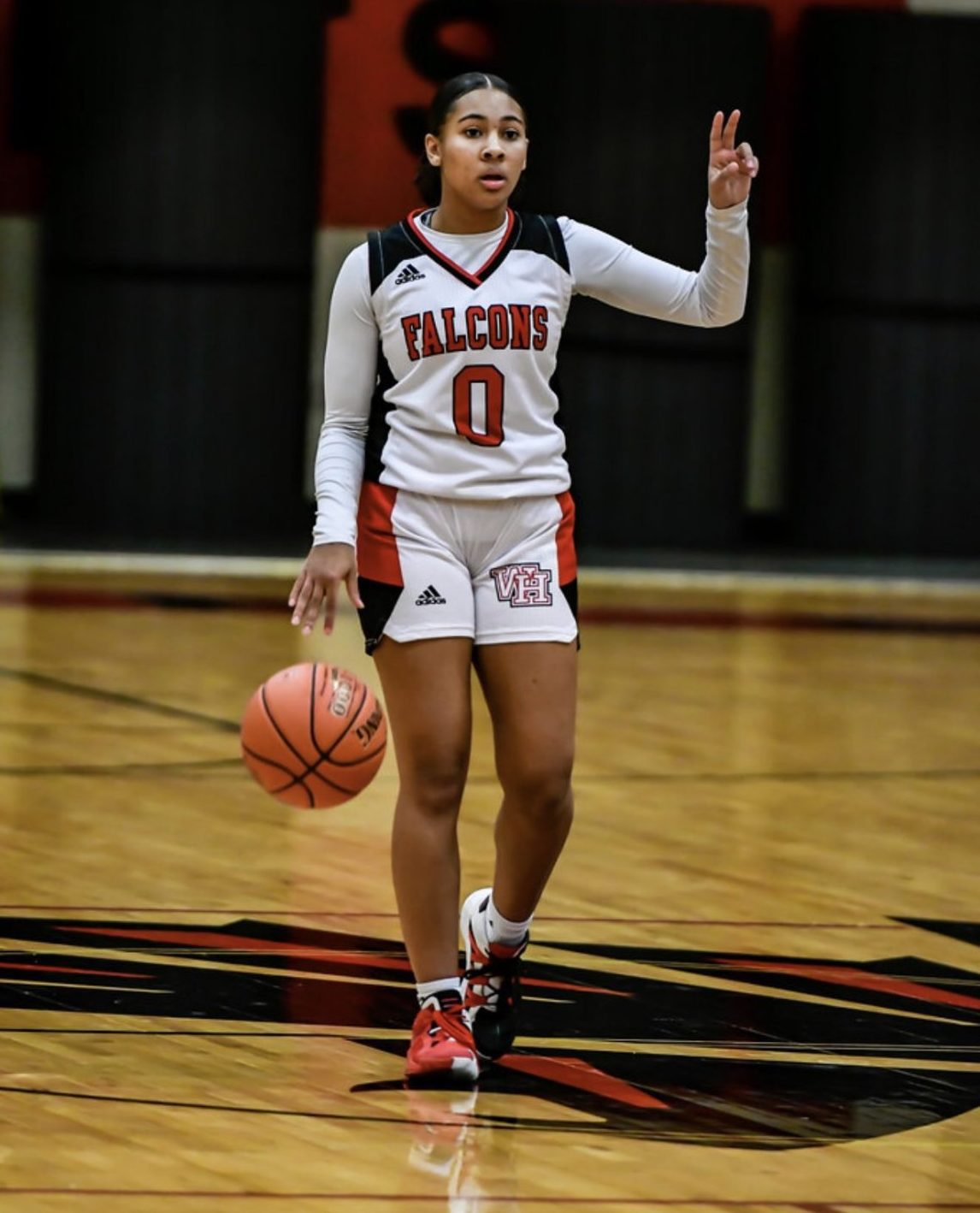 Andover Central girls basketball coach Stana Jefferson has seen many talented players in the state over her tenure with the Jaguars.

From Jackie McFarland at Derby to Erika Mattingly at Wichita South to Central’s very own Tiffany Bias, Jefferson has coached or coached against some of the state’s best during the 21st century.

But the talent currently in the Wichita and Salina areas can certainly rival any other time period.

That number is likely to grow after the season, too.

Needless to say, this era of Kansas girls basketball will be looked back as a golden one.

“The quality of girls basketball is probably as high as it’s ever been in the state,” said Clearwater coach Casey Carlson said. “Just in this area alone I could see at least 12-15 players play at the D1 and D2 level over the next two to three years.”

Let’s take a look at the players who have already committed to Division I or II schools or are actively being recruited:

-Zyanna Walker from Wichita Heights has committed to Louisville. Walker, who is ranked No. 38 in the nation according to ESPN.com, did not play last season due to a knee injury. Walker’s teammate Cayanna Stanley has trimmed her list of schools to two Division I programs and one Division II program.

-Derby’s Maryn Archer and Addy Brown are both Division I players. Archer has committed to Arkansas, while Brown has trimmed her list to Iowa State, Kansas State, Oklahoma State, TCU and Texas Tech. Brown was a first team all-state player last season, while Archer sat out due to a knee injury, but was all-state as a freshman.

-Ava Jones from Nickerson has committed to Arizona State. Just a junior, Jones put up monster numbers last season. She averaged 24 points and 12 rebounds and was named first team all-state.

-Salina Central’s Aubrie Kierscht has committed to Navy, after her all-state season a year ago. Her teammates, Mykayla Cunningham, has interest from multiple Division I and Division II schools, while Hampton Williams has committed to Abilene Christian.

-Teammates Carli Carlson and Elizabeth Tjaden from Clearwater are getting looks from mid major Division I programs, as well as high-end Division II schools. Carlson’s recruiting has picked up now that she is fully healthy following a season-ending knee injury last year. Tjaden is just a sophomore.

-Avery Lowe from Maize South has committed to Kearney University, a Division II program that won the MIAA last season.

-Maycee James from Goddard had several Division II looks, but ultimately chose Butler Community College and will likely get the same kind of offers when she moves on from Butler.

-Winfield sophomore Aleah Moree is starting to see the recruiting process for her pick up, as she is getting Division II looks, but Division I schools are monitoring her development.

With all of this talent in the area, Jefferson thinks it has and will continue to do wonders for the younger generation of girls interested in basketball.

“It is absolutely an incredible thing for the younger generation watching these girls play and receive lots of attention and be on center stage,” Jefferson said. “Watching them receive college scholarships has to motivate them to strive to reach those goals. It is great for the game.”

Distracted driving is on the rise, so we partnered with the Kansas Highway Patrol Troop G, assigned to the Kansas Turnpike, to create a...