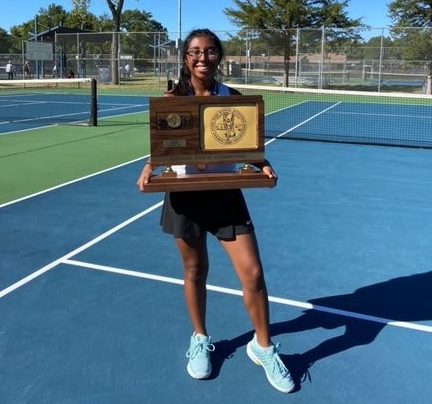 Patty Huerta of McPherson was voted the Salina Area Girls Tennis Player of the Year. Huerta received nearly all of the votes. “I have worked really hard this past year, spending countless hours on the court,” Huerta said. “I am really appreciative of this as it shows that others have noticed my love of the game and how much work I have put in.”

Huerta was a part of the Bullpups doubles team that won the 4A championship, as well as the team title. “I would say this season could not have gone better,” Huerta said. “I was able to play with my doubles partner all season and only had five losses to some really good teams. Our losses were to a regional champ, two state runner-ups, and two state champs.”

Huerta is also on the cheer team, a state qualifier in Scholar’s Bowl, as well involved with Science Olympiad, National Honor Society and Student Council. While she does not know where she is going to college, Huerta wants to play tennis and major in pre-dental.