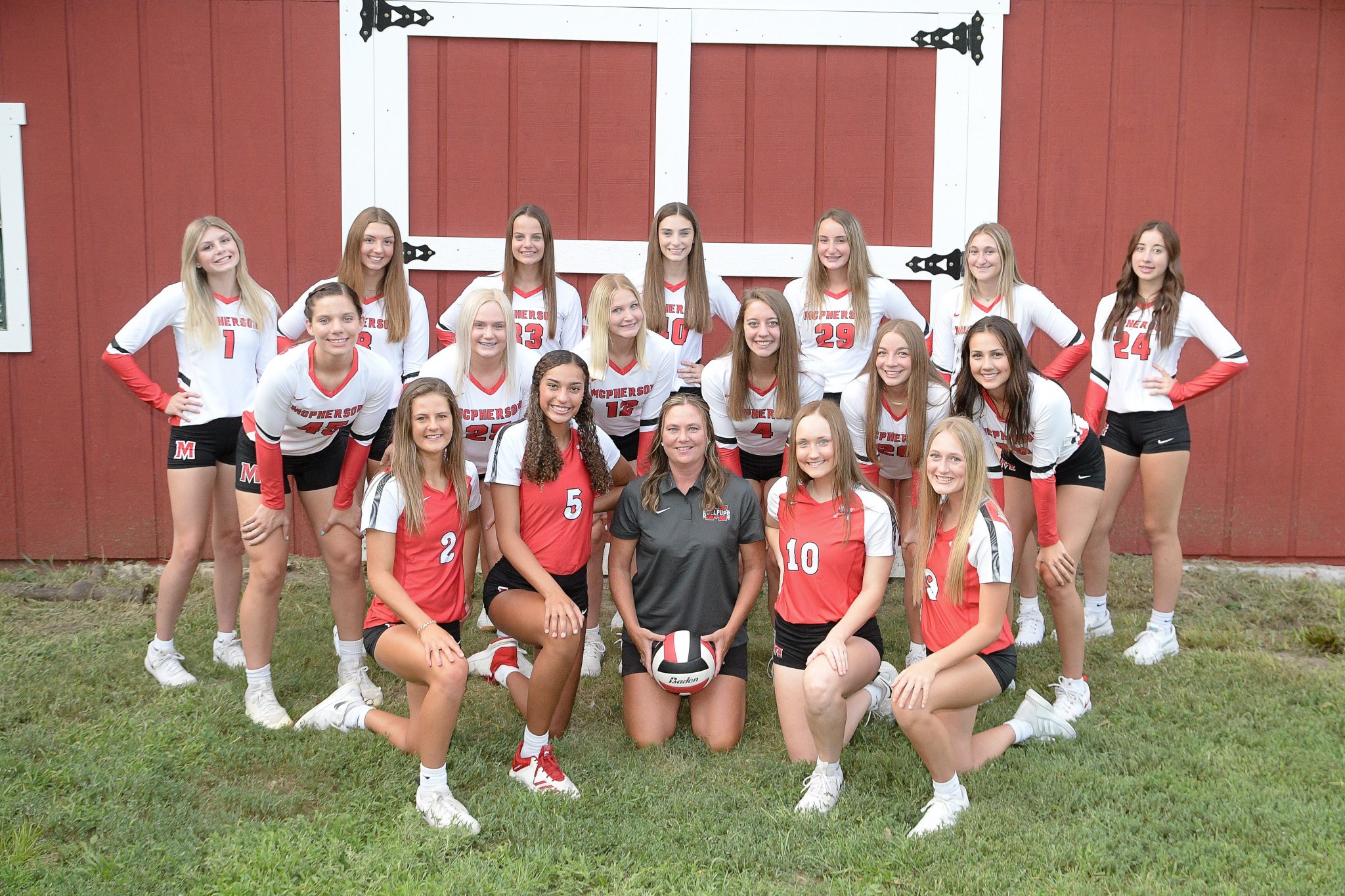 The McPherson volleyball team was chosen as the Visit Wichita Team of the Month for October. The Bullpups defeated two teams who were ranked at some point in the season, Rose Hill and Clearwater, on October 5th.

“We knew we had four to five kids with varsity experience returning, including Brette (Doile) and Rhian (Swanson) as four-year starters, which should set you up for success,” McPherson coach Christy Doile said. “How much “extra” success we have would be based on our new kids and their contributions.”

Doile said having athletes on her team that compete in multiple sports has proven to be beneficial this season.“We have varsity experience, that is mixed in with multisport athletes contributing and helping us compete for wins,” Doile said.

Brette Doile and Swanson are dominating the stat sheet for McPherson. Through the Rose Hill and Clearwater games, Brett had 550 assists, while Swanson had 437 kills.  Both players are key strengths for the Bullpups.

“Rhian Swanson offensively in the front row, but also her back row attacks are a strength for us,” Doile said. “Then Brette can locate very well and keep our offense in rhythm.”

While McPherson is one of the top teams in Class 4A and it has postseason aspirations, Doile feels like her team’s season is already a success. “We define a great team at McPherson as one that “Exceeds Potential”,” Doile said. “At this point in the season in comparison to where we were competitively this summer, we have been exceeding potential.”