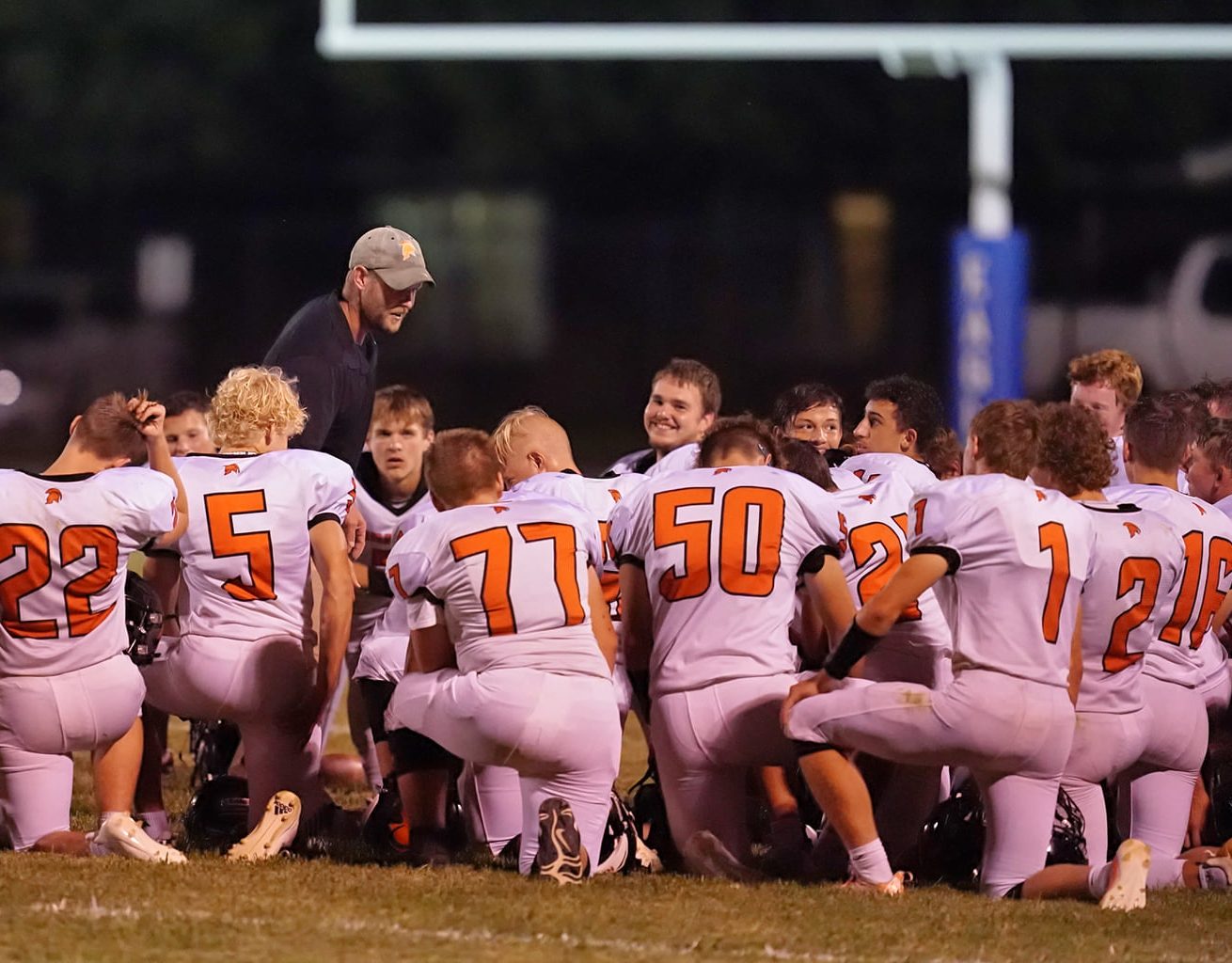 Lance Sawyer, the head football coach of Inman, was chosen as the Salina Regional Coach of the Month for October. The Teutons have been one of the top ranked teams in the Salina Area Power Rankings all season.

Sawyer, who is an Inman graduate, took over the Teutons’ program in 2016 and they were below .500 for his first two seasons.

But in the three years that followed, Inman went 20-12, including last season’s team that advanced to the 1A semifinals.

“I want them to bring as much energy and excitement as they can every day,” Sawyer said. “We value the weight room and have high expectations for them to devote themselves to getting better every day. We expect them to be multi-sport athletes. In a small school we can’t have athletes specializing in one sport.”

With so much of last year’s team returning this year, Sawyer was prepared for the expectations placed on Teutons.

“This has been changing every season since I have been here,” Sawyer said. “Four years ago it was just to win a game, the next was to compete against the best teams in the district, and now it is to win our district and compete for the state championship in Hays.”