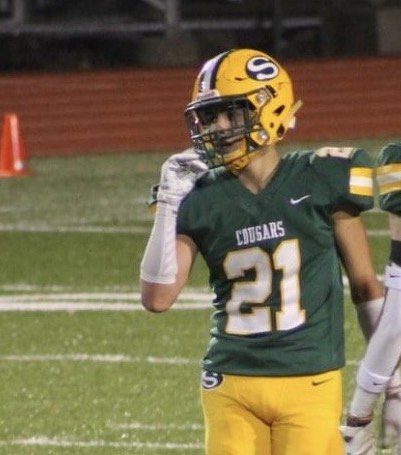 Luke Simpson of Salina South was voted the Salina Area Preseason Linebacker of the Year. Simpson received over 4,000 votes, which was nearly 30 percent of the overall vote.

Simpson recorded 69 tackles last season for the Cougars, where he was named an honorable mention all-league selection. “I know there were two talented seniors on the list and another very good junior linebacker, Brooks Richardson,” Simpson said. “They are all very talented athletes so I was a bit surprised knowing I came out on top.”

This season, Simpson is expecting a big improvement from Salina South. “A successful season for South would be to have a winning record, but the most important goal is to go to state,” Simpson said. “The whole team has been working really hard this season to meet those goals. Also we have good personnel on the roster so everyone is really excited just to get on the field and play this year.”