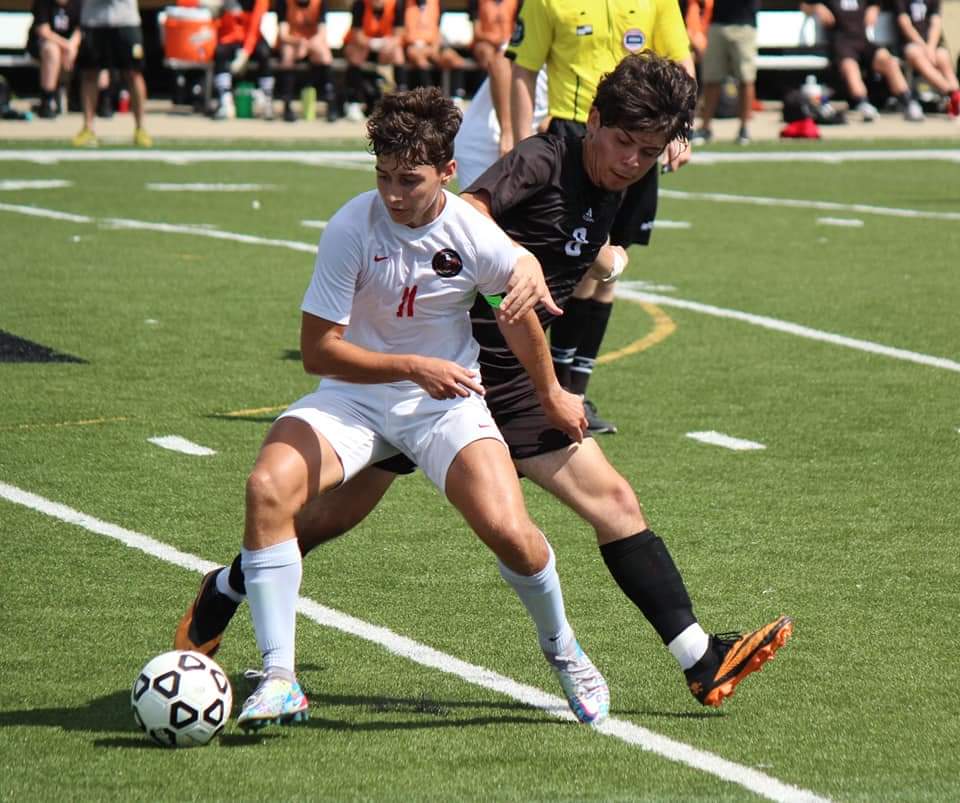 Caden Hargrave of McPherson was voted as the Salina Area Preseason Soccer Player of the Year. Hargrave received just over 3,000 votes, which was more than 39 percent of the overall vote. “I am so grateful for all of the people that voted for me,” Hargrave said. “The number of votes just reflects the great group of supporters that not only support me, but McPherson’s soccer program.”

Last season, as a junior, Hargrave was selected second team all-league and second team all-state. He scored 14 goals and racked up 11 assists. This season, Hargrave wants to be more than stats and awards.“This year I want to prove to college coaches that I not only have accolades, but the talent and leadership to lead my team,” Hargrave said. “My goal is to be my best self and to make my team its best self.”

Hargrave also runs track at McPherson and outside of sports participates in Science Olympiad, NHS and Stuco. He was also the individual 4A champion in Forensics.

Next year, Hargrave wants to begin his college career and study accounting or an actuary program. At this time, he does not know what school he will be attending.