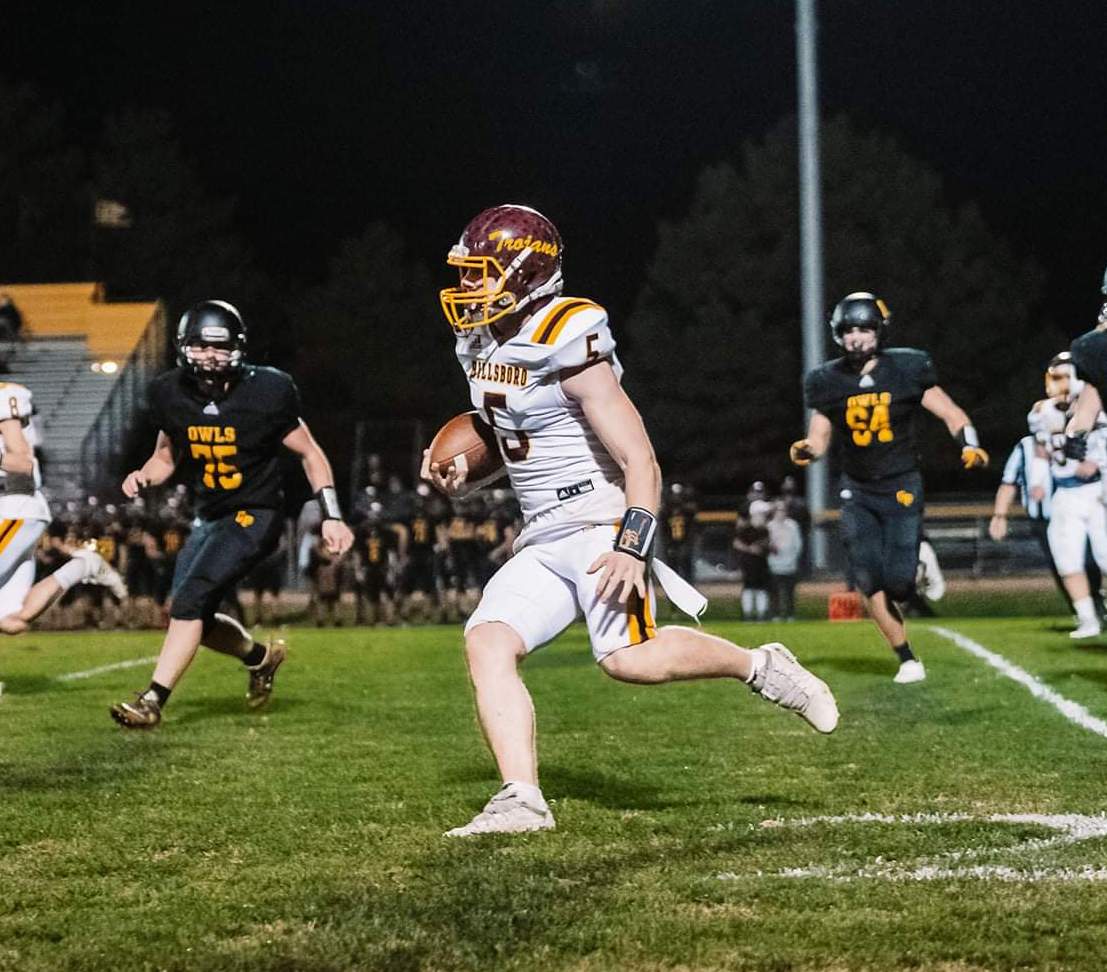 Matthew Potucek of Hillsboro was voted the Salina Area Preseason Defensive Back of the Year. Potucek received over 100 votes, which was nearly 60 percent of the overall vote.

“It means a lot because there are a lot of other good players and to be voted by other people is cool,” Potucek said.

Last season, Potucek recorded 53 tackles and four interceptions, while being named a first team all-league selection and an honorable mention all-state selection. Potucek is also the Trojans’ quarterback, where he racked up nearly 2,300 yards and 27 touchdowns last year.

“I want to be first team all-state on offense and defense this season,” Potucek said. “Our team goal is to win districts and then win state.”

Potucek is also a standout athlete in baseball and basketball at Hillsboro. He is currently undecided about where he wants to go to college next year and has not narrowed his focus on a career.