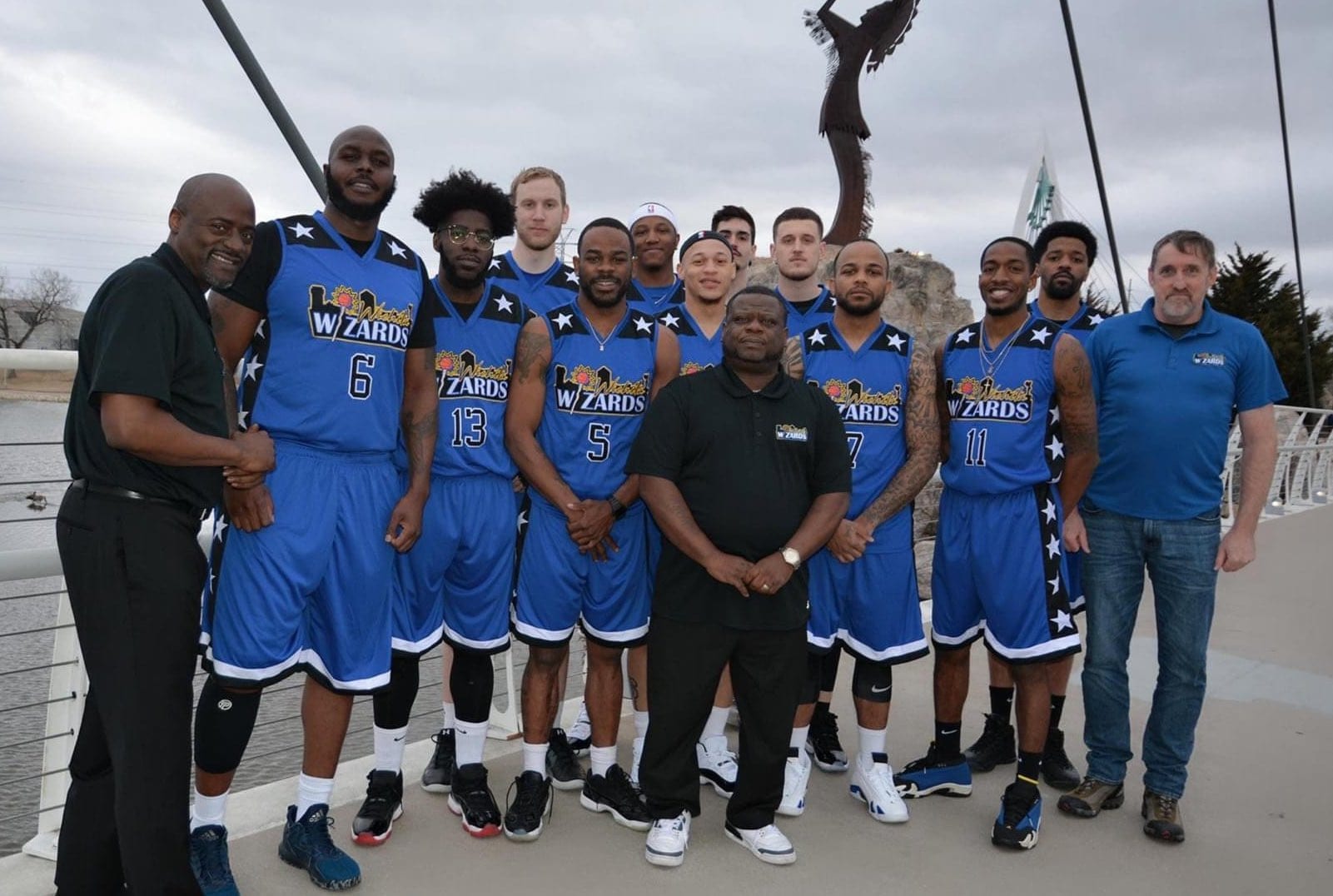 In May of 2018, Mark Creed formed the Wichita Wizards from the ground up.

At the time he was living in Grove, OK, recently resigned as the general manager of the professional basketball team in Tulsa.

He realized he would have to move to Wichita in order to get the franchise going.

“In mid-September I moved and by October 1st, I announced the team at a news conference with then Mayor Longwell,” Creed said.

For the rest of 2018, Creed and his staff worked on administrative aspects of the franchise before having the inaugural tryouts in November of 2018. From that tryout they weeded the roster from 81 players to 21. There were additional cuts in January of 2019 to wean the roster to 16 players.

“It means a lot to me to be able to play in front of the city and make history of being the longest professional basketball team here in Wichita,” said Moore, who played at Heights. “I believe there is a high level of talent in our league, and as our league grows it can only get better from here on out.”

Jermaine Brown, who believes this Wizards team can contend for a championship, coaches the Wizards. They started the season 5-0.

“It’s been great,” Moore said. “The guys are excited to be back playing and are ready to pursue a championship.”