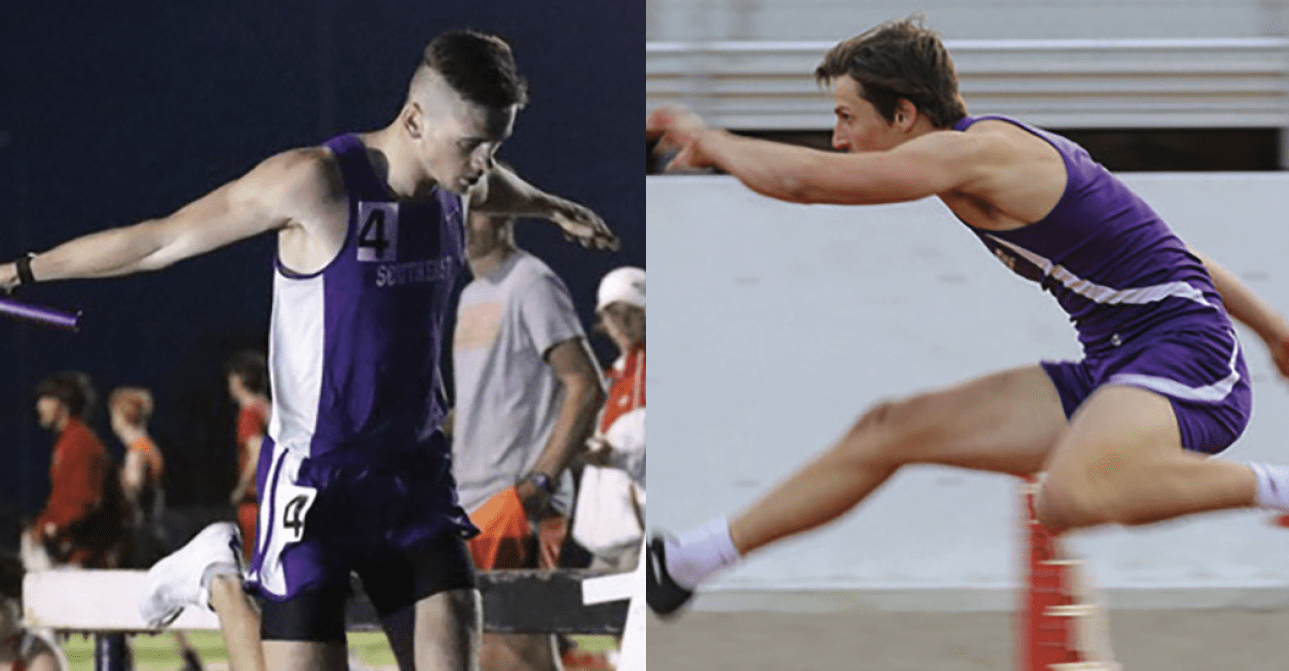 Dylan Sprecker and Chase Poague of Southeast of Saline were chosen for the Hog Wild Performance of the Month for June. Poague took first in the 200-meter, 110 hurdles, and 300 hurdles at the Beloit Relays, while Sprecker took first in the 800 and was a member of the 4×800 and 4×400 relay teams that also won at Smoky Valley.

“So far it’s been a great season for my team and I,” Poague said. “We have worked hard in the off season to be successful when it’s time to step on the track. We have great team chemistry, and I am very excited that all of this hard work is paying off.”

“It’s been a great season so far, but there is still work to be done,” Sprecker said. “Our biggest meets are coming up and the competition will be tough.”

Poague has set personal records in all three events he runs in this season, while Sprecker has made PRs in the 1600 and 3200. While those accomplishments certainly mean something to both runners, they know more improvement can take place.

“Having a state best time in the 300 hurdles feels incredible,” Poague said. “However, I know there are other great hurdlers and at any given meet someone else could take the lead.”

“I think of it as motivation,” Sprecker added. “There is always room for improvement.”