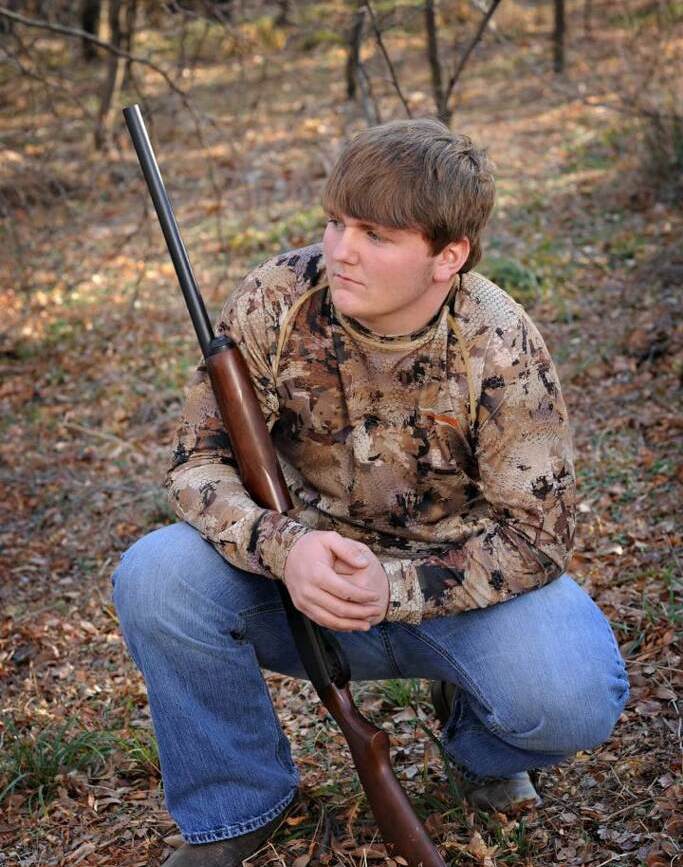 Smoky Valley senior Tanner Luttig loves the sport of wrestling thanks to his grandfather who also taught him a love for the outdoors. “My Grandpa Mike fueled my passion for hunting and fishing at a very young age. He has helped me learn so much about hunting, fishing and life. My brother, Trevor Whittaker has also influenced me. He is my wrestling coach and mentor. We have spent a lot of time together between the wrestling room and hunting,” said Luttig. “I tagged along with my Grandpa when I was old enough to walk but started hunting deer and turkey when I was eight. I started fishing as soon as I could hold a fishing pole.”

Luttig said he does prefer one activity over the other, but has fun doing both when the opportunity presents itself. “I prefer hunting because I love the anticipation, rush and intensity of hunting. It is very rewarding to harvest game. Fishing is way more laid-back and relaxing, however still rewarding,” said Luttig.

Every hunter and fisherman have great stories and Luttig is no different. “I’ll never forget the first time I spooked a deer in the stand, and it scared me more than I scared it. It snorted and I almost fell out of the stand,” said Luttig.

Being outdoors and around nature is where Luttig is most comfortable. “I enjoy nature and getting to observe animals in their surroundings. I enjoy being free and listening to all the sounds of nature,” said Luttig. “Hunting land is sacred. If we don’t respect and take care of the land, we won’t have land to hunt and fish on. I want to be able to pass my passion on to my kids someday.”

Away from the deer stand Luttig is involved in other activities including Kays, 4-H Club and his church. This year he is serving as the 4H president. As a member of the wrestling team, Luttig said he loves how close he is with his teammates. “Teammates and coaches become family. I have been wrestling since I was four years old, so I have a large extended family. They would do anything for me, and I’d do the same,” said Luttig.

After high school, Luttig plans to attend Bethany College for two years and wrestle before going to Fort Hays State University where he will pursue a degree in Animal Science.