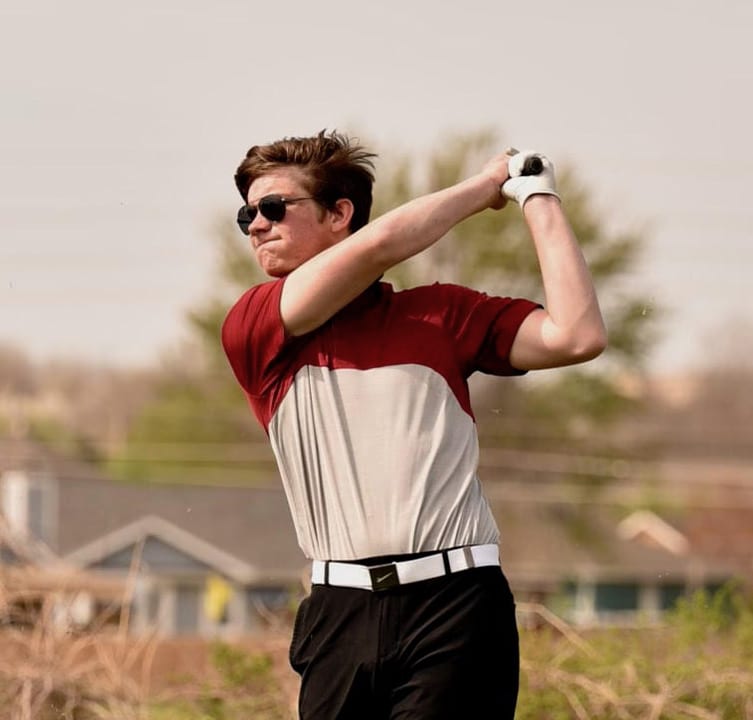 Will Ryan of Salina Central was a state-qualifying golfer for the Mustangs this season.

“My game started out rough, but as the season progressed it has definitely improved,” Ryan said. “I shot an 81 at league and followed that up with a 77 at regionals and qualified for state.”

Ryan has significantly grown physically over his four years at Salina Central, which has allowed his length off the tee to become a strength of his game.

“The strongest part of my game is 100% my long drives,” Ryan said. “As I have grown my length off the tee has greatly improved and with repetition my accuracy has come around too.”

Overall, Ryan’s game has improved dramatically from where it was as a freshman.

“Despite losing last year’s season to COVID, I feel my game has improved quite a bit since freshman year,” Ryan said. “My average is about 15 strokes better than it was freshman season.”

Ryan also played soccer for four years at Salina Central. Next year, he will be attending the University of Kansas, where he plans on majoring in Chemical Engineering.