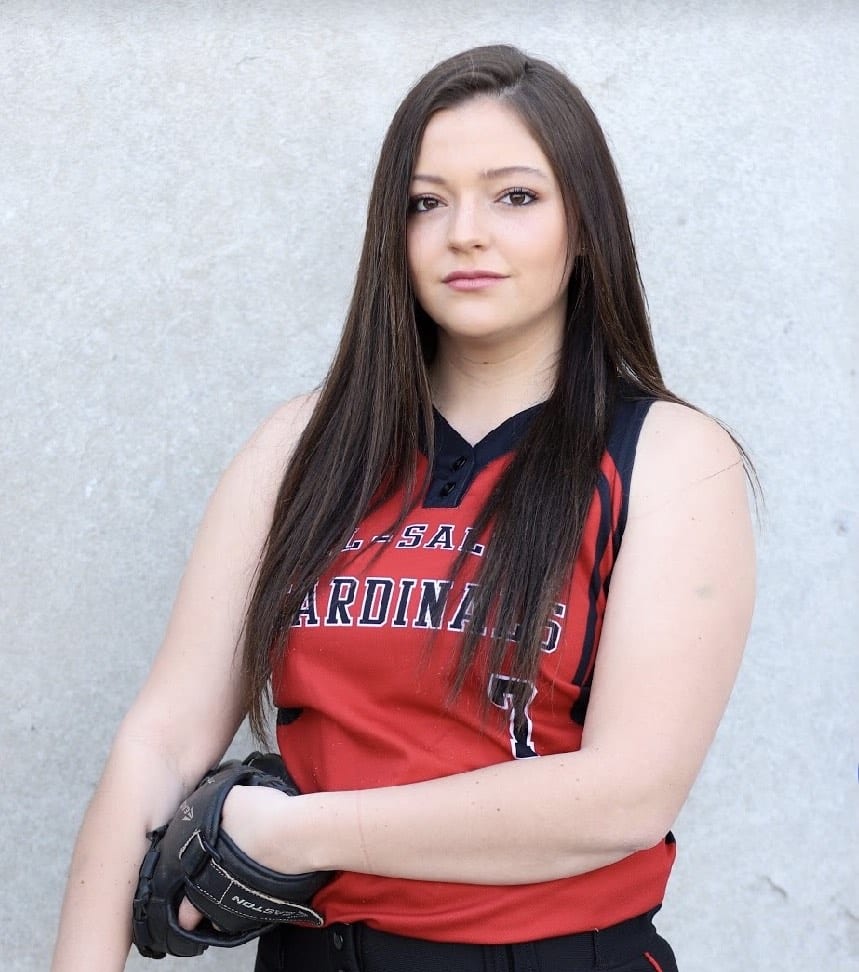 Hannah Backhus of Ell-Saline has emerged in 2021 as one of the top players in the Heart of America League.

As a versatile and speedy outfielder, Backhus has led the Cardinals to one of the top records in Class 2-1A this season.

“I did believe that we would have a successful year,” Backhus said. “After not being able to play last year, due to Covid, everyone on the team was even more excited to play and focused on working hard. We have a lot of talent with underclassmen. And of course, us seniors really wanted to end with a winning record.”

Being able to just appreciate playing again was important for Backhus, but that does not mean she and the rest of the Cardinals don’t have big plans for the season.

“This year has already been successful, because we get to play,” Backhus said. “But our goal is state.”

Backhus is very involved at Ell-Saline and not just in sports. While she plays volleyball and basketball to go along with softball, Backhus also participates in FFA, FCA and Big Brothers and Big Sisters.

Next year, Backhus plans to attend Kansas State, where she wants to major in Agriculture Business.