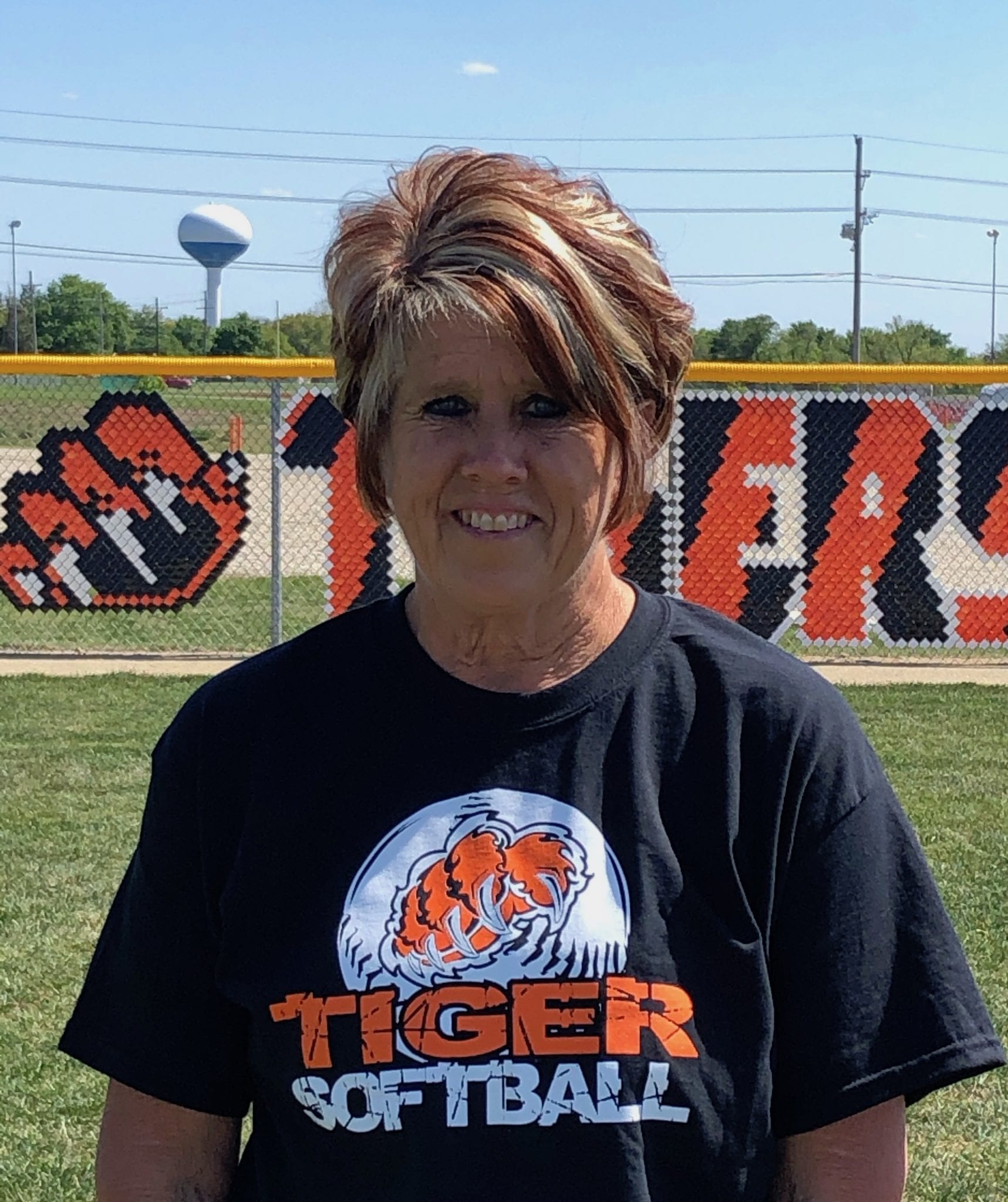 Dawn Richter, the softball coach at Clay Center, has been chosen the Salina Regional Coach of the Month for June. Richter is in her 17th season as the head coach of the Tigers.

“I have always been a short game kind of a coach,” Richter said. “On the first day at practice I tell my players if you don’t learn how to bunt you will never play varsity. Bunts cause havoc and I will sacrifice anyone to move the runner into scoring position! Bunting is practiced everyday at my practice.  I also believe you have to make softball fun and your team will work even harder for you so I work hard to keep practices fun but very competitive.”

Richter first started at Clay Center in 1996 when the program first started, but she took four years off when her daughter was playing in college.

“I returned to become the head coach at Clay Center High School now for 17 years and have enjoyed so many softball girls who have come through the program,” Richter said. “The reward of my job is to send girls off to play on a college scholarship and to get to see them play.”

Clay Center has been one of the top teams in Class 4A this season, even though Richter only returned two starters from what would have been last year’s team.

“It’s been a lot of hard work and competitive practices to gel a lot of new faces,” Richter said. “I have a senior pitcher in Clara Edwards who is a great leader on and off the field along with five other seniors who have really taken the reins on this team.”