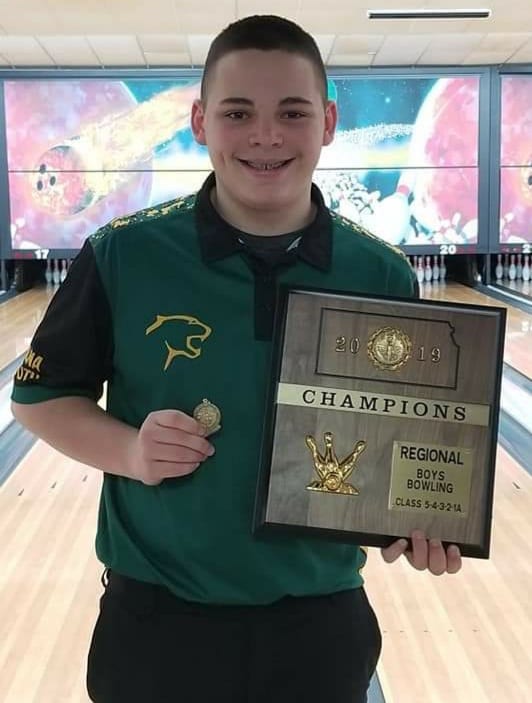 When Carter Lambeth of Salina South High School started bowling, he had not started pre-kindergarten yet. For Lambeth, the lanes were like a home away from home. “I have been bowling since I was three years old,” said Lambeth. “I am currently a junior at South High School.”

Being part of the bowling time is like any other extracurricular activity. For Lambeth, he enjoys the chemistry the team shares. “What I like most about our team is just how much we got along we each other and being able to just talk to any of them,” said Lambeth.

Lambeth said his proudest moment bowling for South came when he placed ninth at regionals his freshman year, but he came close to hitting the perfect score one day, which is a great memory as well. “The best game I ever bowled would be a 299 and it was at the Alley of Salina,” said Lambeth.

Lambeth is not sure what his plans are after he graduates high school. You can bet wherever he lands he will certainly find a lane and knock down some pins.