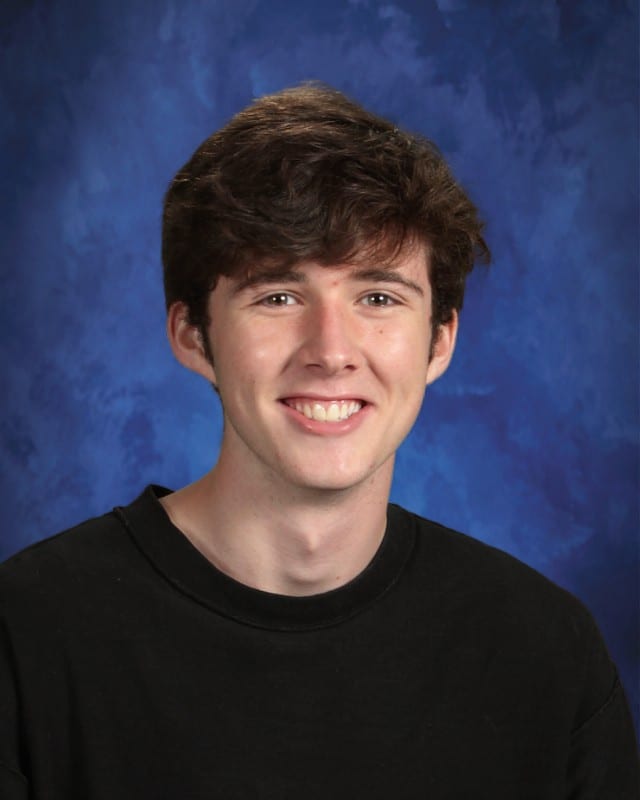 “I started taking it seriously in seventh grade, but I first played in a summer camp the city put on with Mr. Stevie,” said Hammond.

Hammond did try other sports such as swimming, but his calling was tennis and it fit his personality. Hammond said he enjoyed swimming, but tennis was the sport for him.

“I really enjoy the fact it can be done both casually and competitively,” said Hammond.

The team at South always competes hard, but they also know how to have fun. From the road trips to the tournaments and all the time in between, the South players are fun to be around. And after missing last season, this group was ready to get back on the court.

“I like that we can be serious but have fun at the same time,” said Hammond. “Everyone was pretty excited because we didn’t get the opportunity to play last season due to the pandemic.”

For Hammond, the priority is always on his grades and schoolwork. Being prepared for college was important to Hammond.

Hammond does have his favorite subjects and while most of his classmates cringe when they hear chemistry, Hammond embraces it.

“My favorite class is my chemistry internship. It does a good job of preparing me for what a chemistry job will consist of,” said Hammond.

With his college decision set, Hammond is looking forward to starting that next chapter and laying the foundation for a promising future after college.

“After graduating I plan on attending Barton Community College to get my associates degree and moving onto Kansas State to get my bachelors in chemistry,” said Hammond.