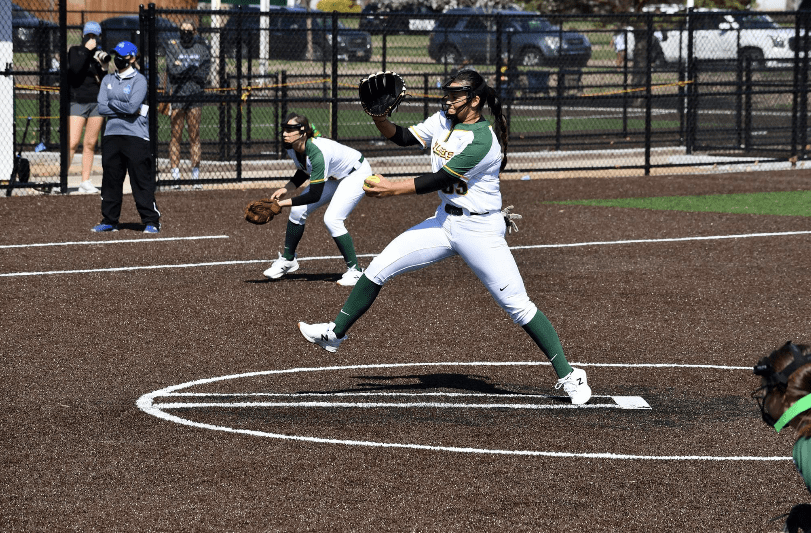 Jenna Henderson of Salina South was voted as the Salina Area Preseason Softball Player of the Year. Henderson received over 25,000 votes, which was nearly 41 percent of the overall vote. Henderson was a first team all-league pitcher in 2019.

“It means a lot to me to have had that many votes,” Henderson said. “I have been continuously blessed with an amazing support system through my years of playing. Parents, teammates, coaches, and fans have played a huge role in my motivation to become a better player and a better person. I think receiving the most votes goes to show how amazing the people supporting me are and it is so crazy to see how much of an impact those people have.”

Since that season, she said she has focused on trying to be more of a tactician on the mound and working on the mechanics.

“Some of my goals personally for the season is to use more movement and continue to read the batters I face,” Henderson said. “I want to improve mechanically with what I have been working on in the preseason.”

Next year, Henderson will be playing softball at Seminole State in Oklahoma.