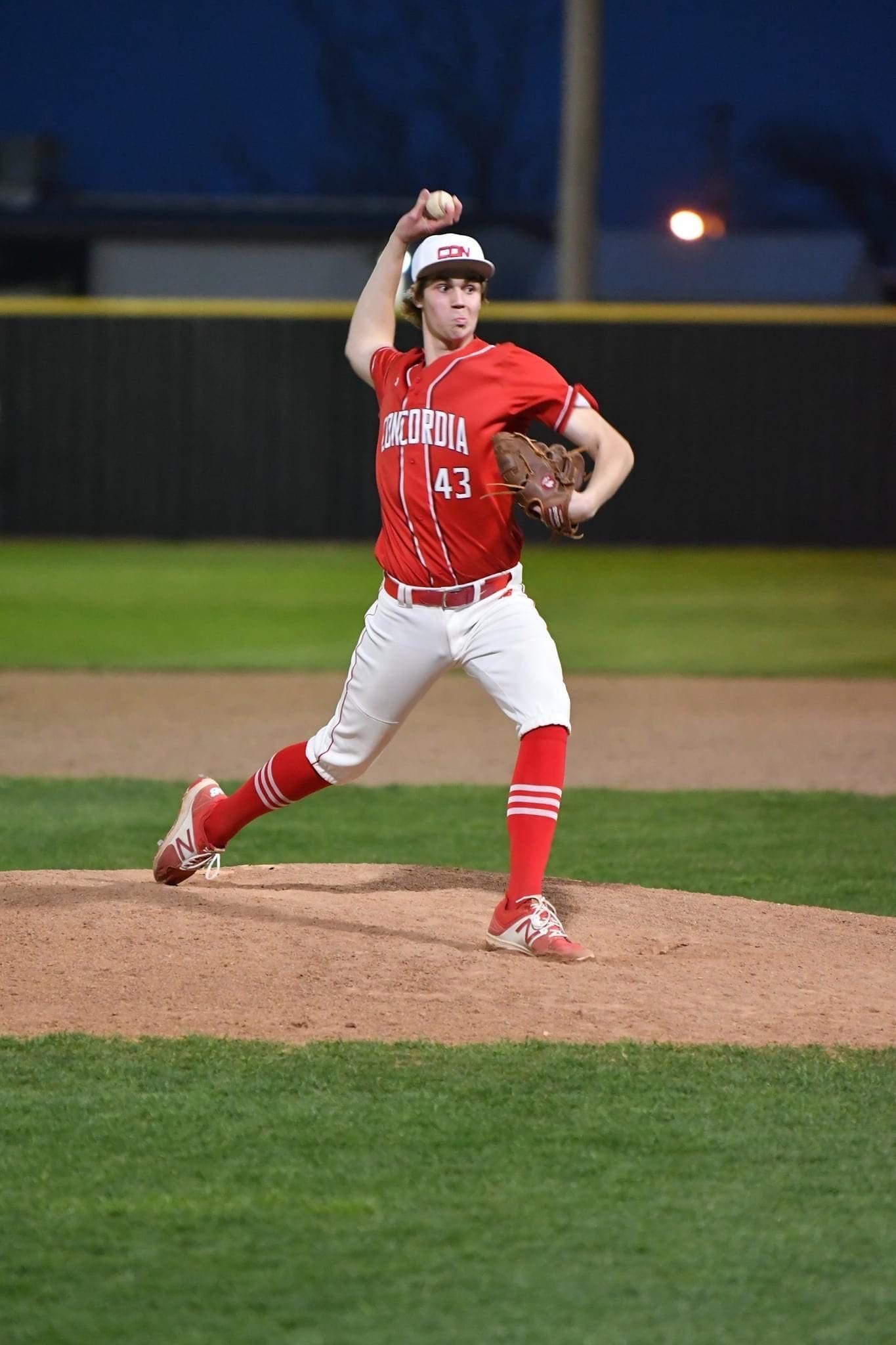 Chase Parker of Concordia was voted as the Salina Area Preseason Baseball Player of the Year. Parker received over 9,000 votes, which was more than 41 percent of the overall vote.

“It means a lot to receive the most votes, there were so many other good players on the ballot,” Parker said. “I feel honored to be the winner.”

Parker was a first team all-league pitcher in 2019, as well as an honorable mention all-state utility player. He went 6-2 with a 1.79 ERA and 61 strikeouts in 39 innings.

“Last year was tough losing my junior year,” Parker said. “Luckily I was able to play travel ball during the summer but there is no feeling like getting out on our home field with my hometown guys and getting fired up with Coach Hutch and Bender.”

Parker has lofty goals for himself and for his team in 2021.

“This year as an individual one of my goals is to go undefeated pitching and maintain a ERA under 1.00,” Parker said. “As a team we want to win state, we lost in the regional championship in 2019 and we are coming out with a vengeance this year ready to win it all.”

Next year, Parker will be pitching for Cloud County Community College. He hopes to pitch Division-I after that.