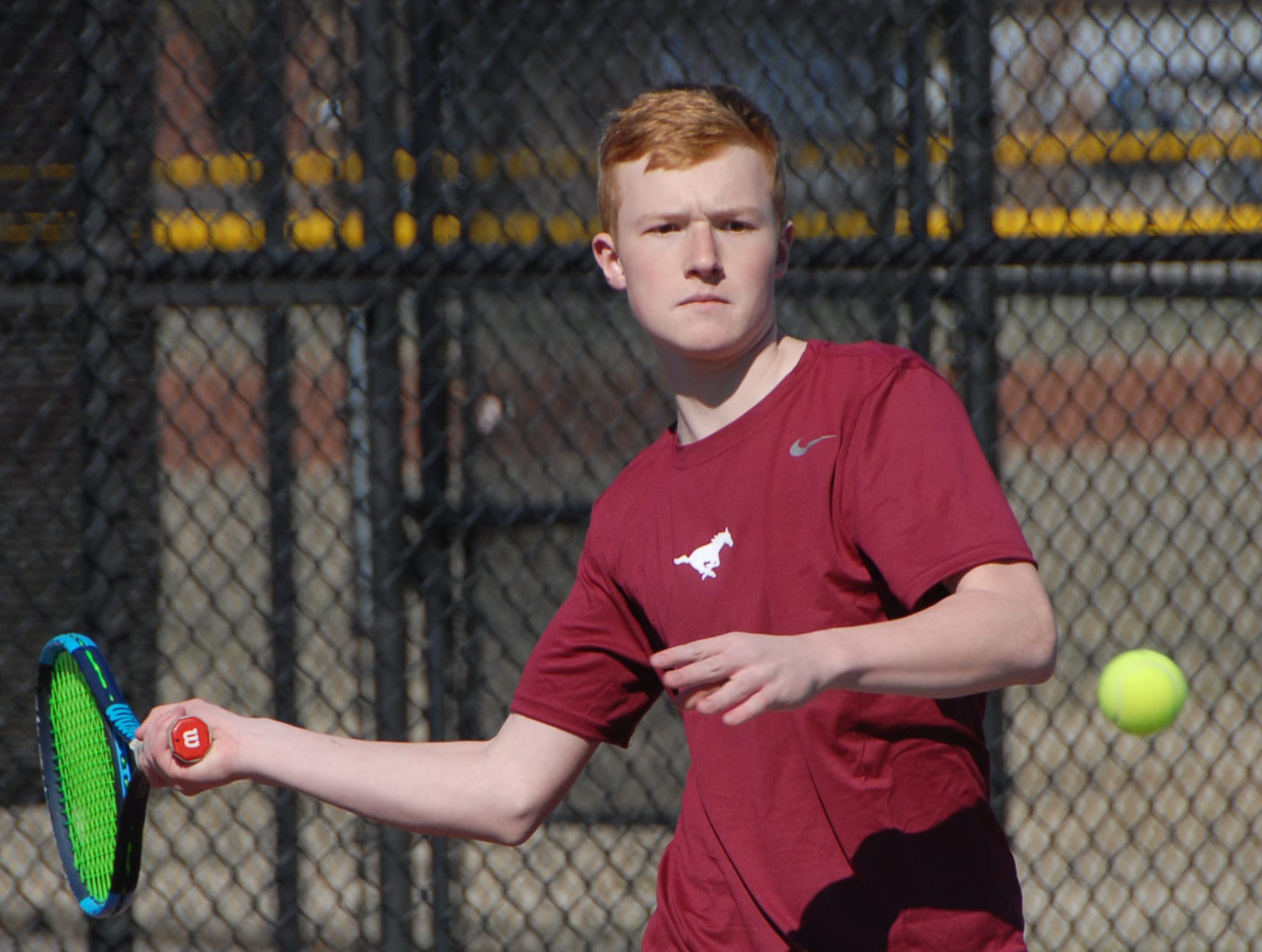 Salina Central was voted as the Salina Area Preseason Boys Tennis Team of the Year.

“We won the state tournament two years ago with five sophomores and a freshman,” said Salina Central coach Mike Goll. “They all return, after losing an entire season to Covid. I know the amount of off-season work these young men put in to improve their games. They are very focused and ready to defend their title.”

The two players that will anchor the Mustangs’ singles will be Collin Phelps, who took seventh in 2019, and Austin Beatty, who took 11th.

There are three doubles players returning: Max Shaffer, who was a part of the runner-up team in 2019 and then partners Brady Stack and McCabe Green, who took fourth.

“I don’t know how to express in words my excitement for returning to practice and the season,” Goll said. “It is my final season after 41 years in education and coaching.  Every season has been special, but what a group to go out with.  They are excited and ready to get back on the courts for unfinished business.”

While winning another state title is the ultimate goal for Salina Central, there is a bottom line to a successful 2021 season.

“Another state championship is always our goal, but a successful season in today’s world is for everyone to remain healthy and safe while competing at the highest level,” Goll said. “Raising our 13th state championship banner would just be icing on the cake.”