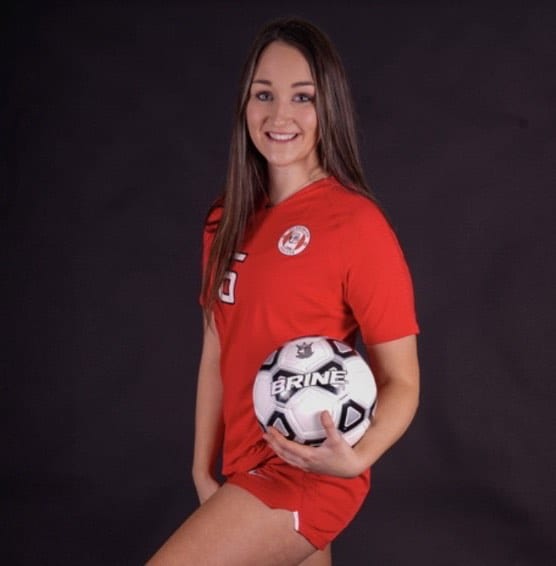 Belle Alexander from McPherson was voted as the Salina Area Preseason Girls Soccer Player of the Year. Alexander, who was a second team all-league midfielder in 2019, received over 1,300 votes, which was 91 percent of the overall vote.

“I felt honored to be put on a list with those girls,” Alexander said. “There were so many great players in the area. Especially Kenzee Godwin, a fellow teammate of mine. She’s always been a great athlete and an amazing person to play with. I’m super excited to see what this season brings for the both of us.”

Alexander thinks the goal for the Bullpups this spring is to make it to the 4-1A Tournament, but ultimately she is just glad to be playing again.

“As a team we are really pushing for unity this year, and I think that will really help us achieve our goal,” Alexander said. “It is super fun to get back out there with my friends and teammates.”

Next year, she is planning on attending Kansas State University, where she wants to major in Elementary Education.