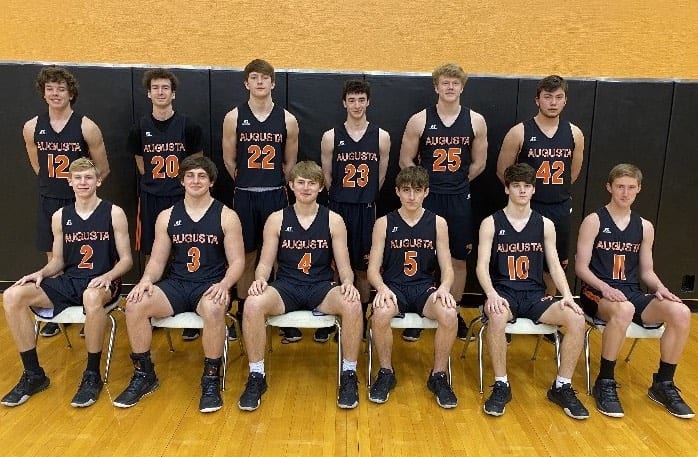 The Augusta boys basketball team was chosen as the Visit Wichita Team of the Month for advancing to the 4A Championship game in Salina. The Orioles fell to Louisburg in the semifinals.

Augusta had significant experience coming back this season from last season’s team that also advanced to the final four.

“This is my first year coaching here at Augusta but the experience that we had coming back this year was huge,” Augusta coach Ryan Petty said. “We have three guys (Brendan Parker, Ely Wilcox and Ryan Andrews) who have played varsity basketball since they were sophomores.”

Those three seniors have gone 11-2 in the postseason over their past three seasons.

“With that experience out guys don’t get rattled,” Petty said. “We have trailed in all 3 postseason games this year and every time we have gotten down we have come together and played very well to get back in the game. The guys just stayed calm and collective and we made enough plays to get the win.”

It was actually sophomore Kaden McDaniel that stood out in the postseason for the Orioles. He had 19 in their quarterfinals win over Rose Hill and 14 against Louisburg.