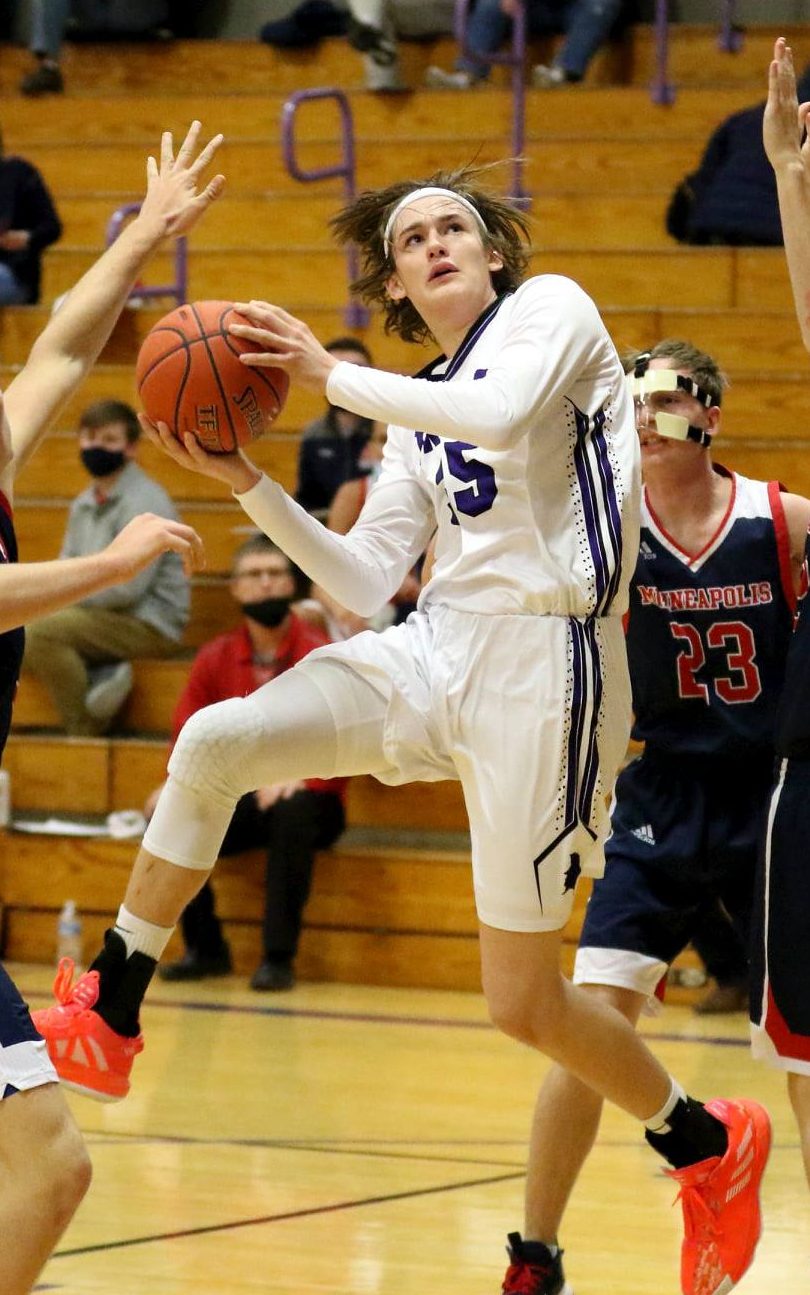 Eli Sawyers of Southeast of Saline was voted Salina Area Boys Basketball Player of the Year. Sawyers received over 10,000 votes, which was 51 percent of the overall vote.

Sawyers, who is a sophomore, was first team all-league and honorable mention Salina Area All-VYPE.

“I know a lot of good players in the Salina area,” Sawyers said. “I know the work isn’t done, and I need to still improve my game.”

Sawyers averaged 14 points, eight rebounds and two assists per game, while shooting 50 percent from the floor for the Trojans, who finished 14-8 and fell to eventual 3A state champion, Hesston, in the sub-state semifinals.

“I think our season was good overall,” Sawyers said. “We started out very slow, but after Christmas, we started playing as a team. Coming out of Christmas we beat undefeated Minneapolis. That was a big win. There were other games we wished we had finished. The last game against Hesston was an excellent game. I felt we played amazing, yet we couldn’t pull through for the win.”

“Things to work on for me would definitely my shooting,” Sawyers said. “I need to be more constant. I feel my free-throw shooting improves, but it is still not where I want it.”

Post Views: 0
In this article:Basketball, Featured, Southeast of Saline