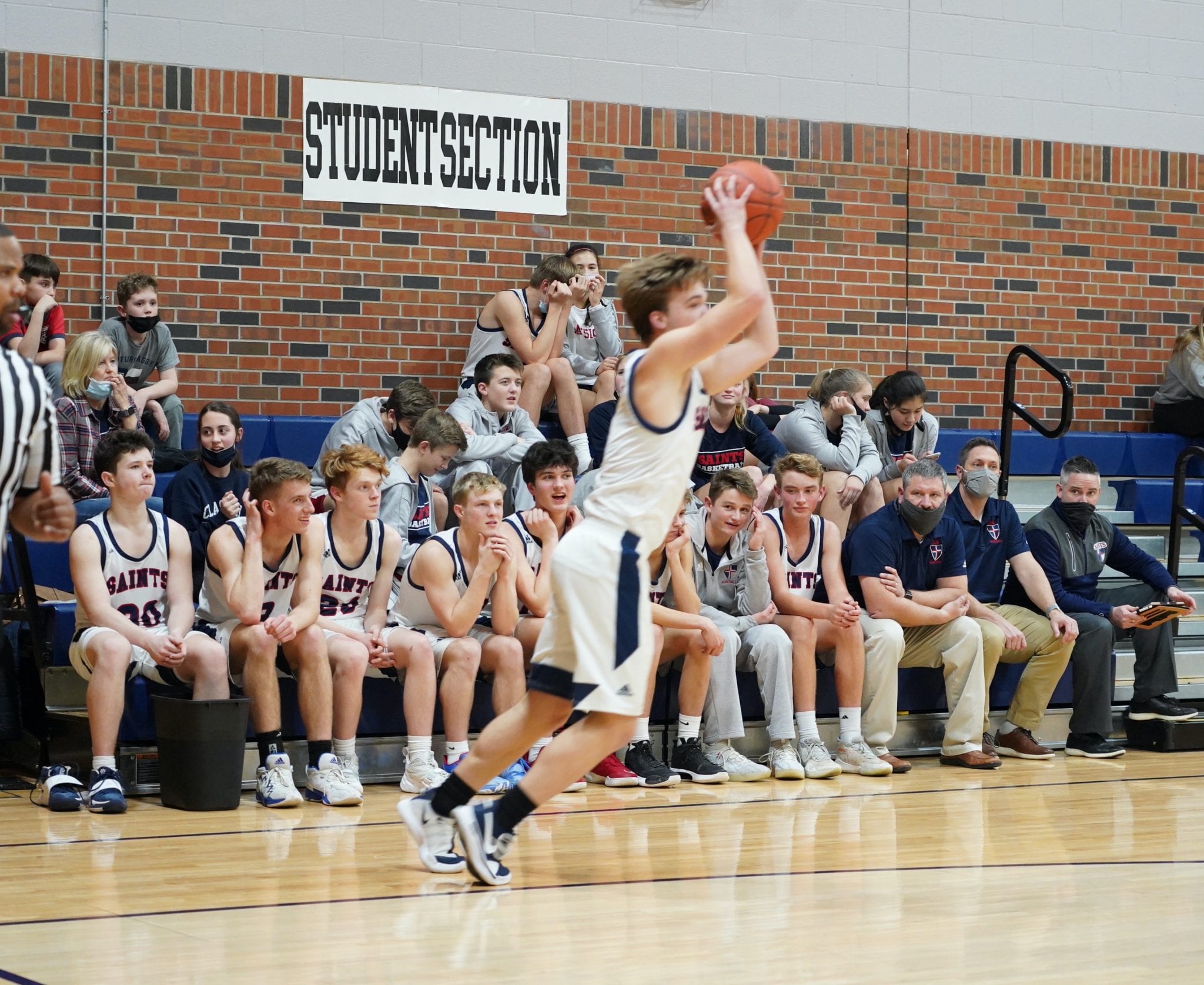 The Wichita Classical School boys basketball team was chosen as the Visit Wichita Team of the Month. The Saints went to the Salina market and defeated Solomon 62-42 on January 29.

Classical finished last season 11-10 and eclipsed that win total early in February this season. The Saints are the only team in their sub-state with a winning record, so postseason success appears to be possible.

“We have had some good teams the past couple of years, but we’ve had some things fall into place this year for us that have not always gone our way,” Classical School coach Tim Dolloff said. “There have been some coaches and parents that have put in a significant amount of time working with younger kids in our grammar school.”

Classical is not affiliated with a league, so Dolloff, who is also the athletic director, had to navigate a schedule while in the middle of a pandemic.

“This year I was really sweating what would happen if our number of regular season games got cut back,” Dolloff said. “I was afraid that most teams would only play their league opponents and we would be left holding the bag. I am glad that didn’t happen.”

A trio of sophomores who average in double figures leads the Saints: Carter Sinclair, Brett Buckingham and Jordy Dolloff. But seniors David Darrah and Luke Buckingham have also been critical to Classical’s success.