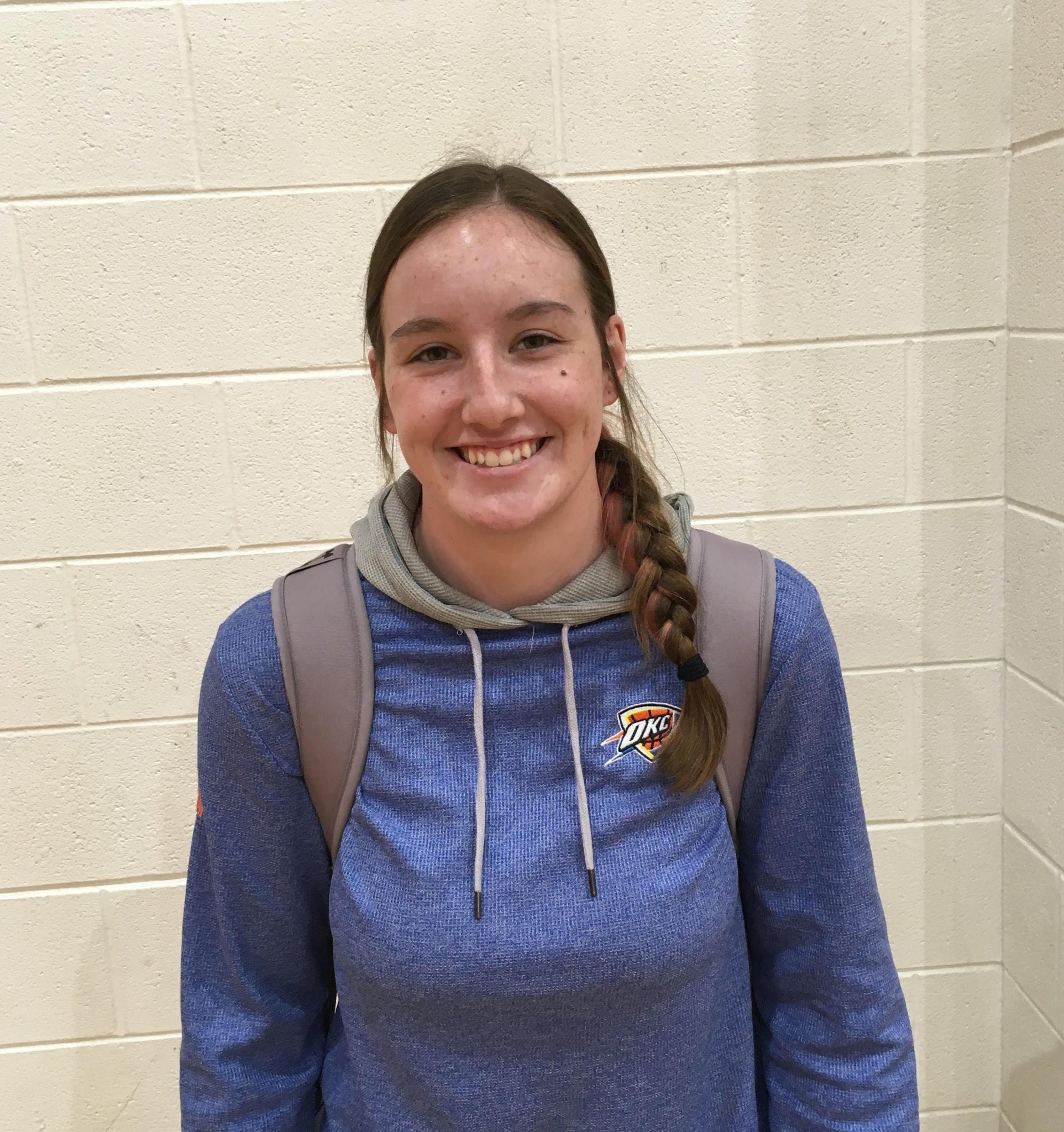 In 2019 Lizzy Hipp was a starter for our team. With being a short stop and a pitcher, she played an integral role. She has a great bat and leads by example. Unfortunately for Lizzy, her 2019 season ended early as she injured her knee. She is back now though, and we are looking forward to watching her final season as a Bearcat.

Obermueller gets the job done on the field and in the classroom.

Pitcher and Short Stop – Cameron is a natural athlete and brings a lot of competition to the field.

May is a junior. 1st team All-League infield as freshman, led league in batting average.

Tolle is a junior and was First Team, All-CKL Designated Player as a freshman and H.M. All-State (Wichita Eagle). I’m not sure where Madi will play this season as she can play any position, including pitcher and catcher. As a freshman, she hit .393 (24/61) and slugged .705, with three doubles, two triples, four homeruns, and 19 RBI. Madi was a RS hitter for our volleyball team that finished 2nd at state this past fall and is currently unde-feated, No.3 ranked wrestler in her first year of wrestling.

Jenna is a senior and is a great pitcher and competitor. She has committed to play at Sem-inole State College next year. She is a great leader on and off the field. At the plate in 2019, she had 37 hits, 22 singles, 10 doubles, five homeruns, and 34 RBI’s. Her officially season batting average was 0.479. On the mound, she had 68 strikeouts and an ERA of 3.011.