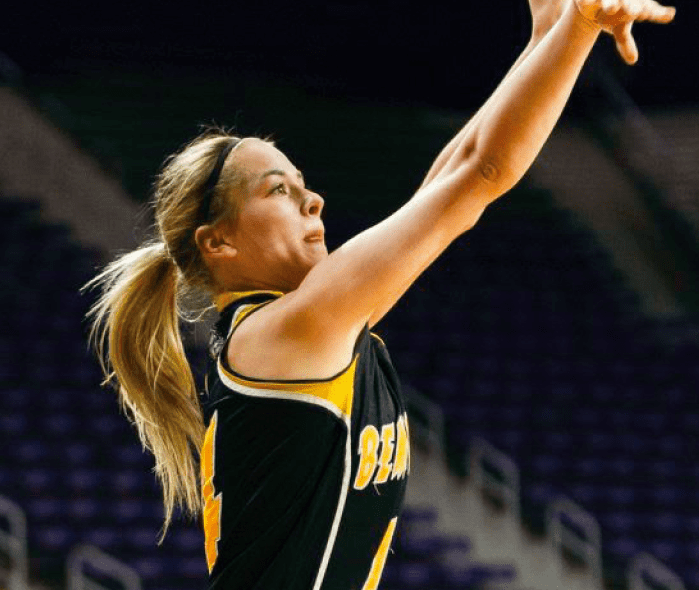 Kyla Kind of Bennington was chosen for the Hog Wild Performance of the Month for March. Kind scored 15 of the Bulldogs’ 30 points in their 30-28 victory over rival Ell-Saline on February 9th.

“It’s always great to win against your league rivals although scoring half my team’s points isn’t all up to me,” Kind said. “I could not be scoring as many points in a game if it weren’t for my teammates.”

Bennington has had a rather hectic season. The Bulldogs have been quarantined twice and as of the middle of February, they had only played 12 games.

It’s a hectic time right now, but all my teammates and I want to do is play some quality basketball and hope for a win,” Kind said. “Coach continues to tell us to put ourselves in a good situation so that (quarantine) would not have to happen to us again, and that’s what we’re hoping for.”

Kind, who was an all-league performer last season, leads the Bulldogs in scoring this season, averaging nine points per game.

“Coach Trout seems to always remind me that ‘we like threes but we LOVE when you drive,” Kind said.

After she graduates, Kind plans to attend Kansas Wesleyan on a cheer scholarship. She wants to major in business and become a pharmaceutical representative.