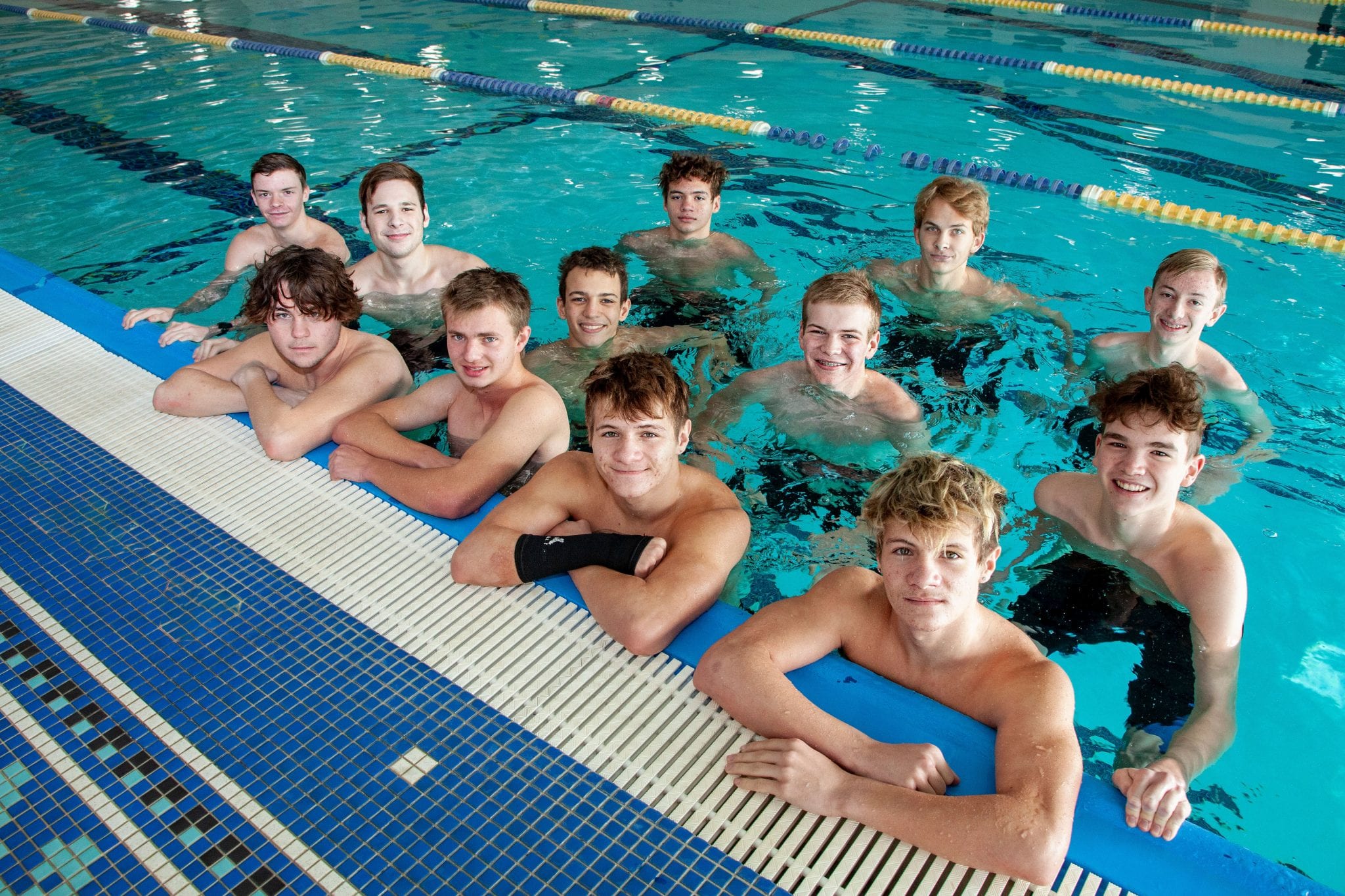 The Buhler boys swimming team was chosen as the Visit Wichita Team of the Month for February. The Crusaders have set three school records and have three state consideration times so far this season.

“Our goals for success are more about personal growth and less about times,” Buhler coach Shane DeWeese said. “We set time goals for each swimmer and some have State times or school records as goals, but we require that every swimmer swim at least two different strokes each year. Most of the swimmers have to do every stroke and we’ve already accomplished most of that at our third meet.”

Last season, Buhler took fifth at the 4-1A tournament and returns many of those swimmers this season, which is just the program’s second season overall.

Some of the top performers thus far include sophomore Mitchel Cross, who set the school record in the 500 free and is also on the medley relay team.

Junior Kaleb Webster leads the Crusaders in the 50 free and the 100 back.

Sophomore Spencer ‘Penn’ Hines set a new school record in the 200 IM early in the season.

“My hope is to swim in our maximum number of meets and have minimum quarantine time,” DeWeese said. “We’ve had a few swimmers out so far, but thankfully not a large amount. Since it’s our second year as a program, we were looking to increase our team size.”

By Matt Browning Danica Branch of McPherson was chosen for the Salina Girls Swimming Spotlight for May. Branch has had a successful season for...