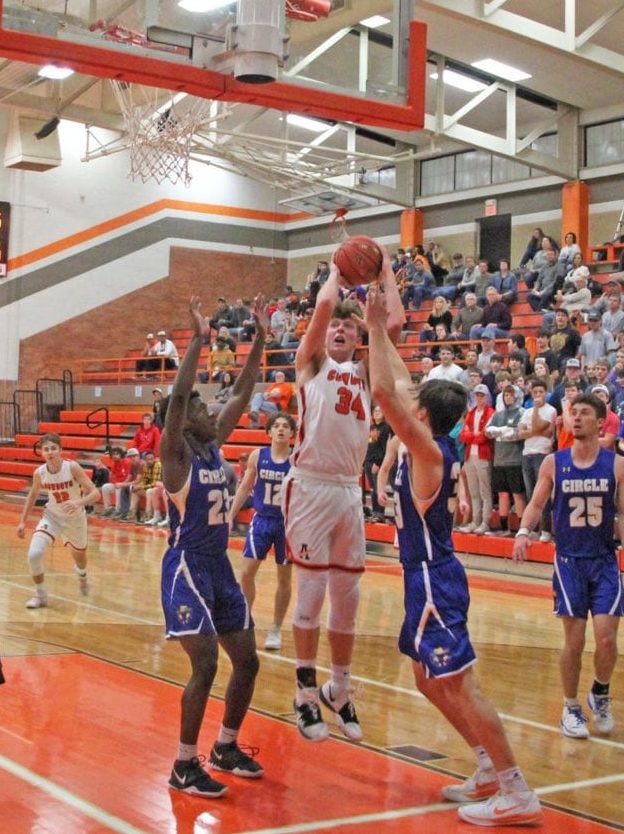 The Abilene boys basketball team has already encountered two interruptions to their season before the end of the first semester thanks to COVID-19 and with the fluid nature of the season, more could be on the way.

But that hasn’t stopped the Cowboys from flashing glimpses of their potential.

Abilene, which is a highly ranked team in the VYPE Salina-Area Power 10, defeated two schools (Southeast of Saline and Augusta) that were highly thought of in the preseason.

“In the first three games of the season we have shown glimpses of being a good team,” said head coach Erik Graefe. “Part of that inconsistency can be attributed to a couple of COVID interruptions, but we need to accept responsibility for the inconsistency as well.”

Graefe was the junior varsity coach under Taylor for six years and in that span, Abilene won its league six times and finished third at the 4A tournament in 2017.

With a challenging schedule and the difficulty navigating a season amidst the pandemic, all Graefe is focusing on is making the Cowboys better on a daily basis.

“We want to become a program that competes with every opponent on our schedule,” Graefe said.

Abilene returned three starters this year in Kaleb Becker, Avery Bryson and Josh Stuber and they have been solid thus far as all three were averaging double figures as of press time. But there have also been others who have emerged as well.

“Blaise McVan, who in the past has been an offensive threat for us, has expanded his game and accepted the responsibility to be a defensive presence as well,” said Graefe. “Grant Heintz was huge for us in our win at Augusta.”