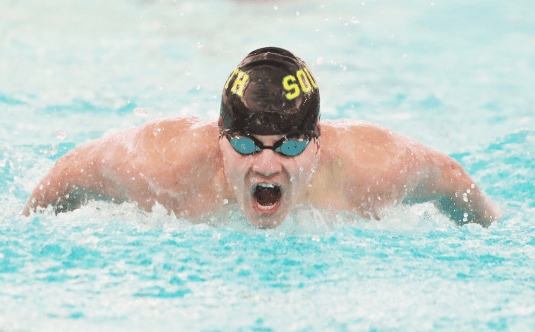 Kyle Iselin of Salina South was voted as the Salina Area Preseason Swimmer of the Year. Iselin received 360 votes, which was 64 percent of the overall vote.

“I am honored that I was nominated along with the other swimmers,” Iselin said.

Last season at the 5-1A Tournament, Iselin finished fifth in the 100-yard backstroke, seventh in the 200 IM relay and made the finals of the 500-yard relay and 400-yard freestyle relay.

Iselin has also participated in tennis while at Salina South, as well as being a manager for the girls swim team.

Next year, Iselin already has his plans made.

“I plan on going to Wichita State University for the academic year of 2021-2022 to study chemistry with a minor in biology,” Iselin said.