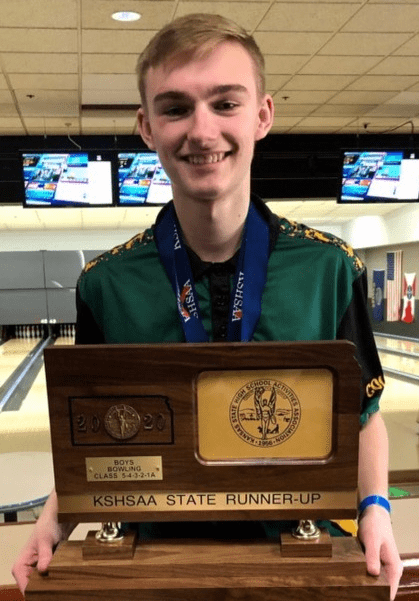 Griffin Peterson of Salina South was voted as the Salina Area Preseason Boys Bowler of the Year. Peterson received over 5,000 votes, which was 99 percent of the overall vote.

“It means a lot being the most voted because I know how much I have worked to get better,” Peterson said.

Peterson is one of the most decorated bowlers not only in the Salina Area, but in the state. He had one of the best scoring averages in the state last year and also placed at the 5-1A Tournament.

“Some of my accomplishments have been winning eight meets and placing at state and regionals the last two years,” Peterson said. “My goal this season is to have fun.”

Peterson also plays tennis at Salina South and next year, he is planning on bowling at Barton Community College.