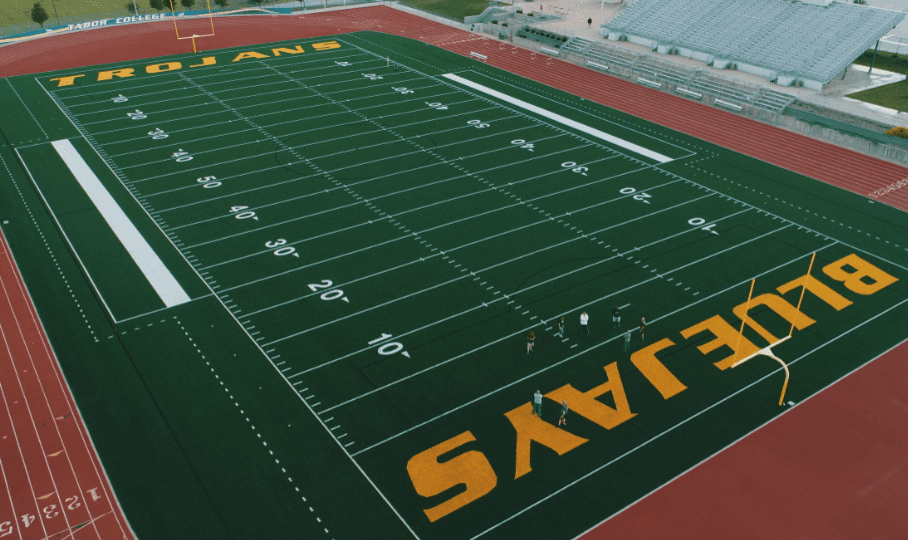 Hillsboro High School replaced their turf in the summer of 2019 and it was Hellas Construction who handled the job. Athletic Director Robert Rempel said the process only took one month and the result exactly what they wanted. Hillsboro co-ops the stadium with Tabor College giving the student-athletes an amazing facility to play their games in.

“Our turf is used all the time in the Fall. Hillsboro USD 410 plays varsity, junior varsity, and middle school football on it along with Tabor’s football, women’s soccer and men’s soccer teams. That, along with trying to get everyone a practice time during the week can be challenging, but we never worry about the condition of the field. It has been a great turf and the kids really enjoy playing on it,” said Rempel. “Somewhere during 2007-2008 the two schools agreed to build a joint stadium splitting it 50/50. Both schools knew that at that time, it was the best (and probably only) way to get a very nice stadium while limiting both schools costs. How many 2A-3A schools are able to play at a stadium like this? Being in a small town, our schools have to work together and I feel that our relationship with Tabor has been great.”

“We narrowed it down to two companies and in the end chose Hellas. The Hellas staff, both sales and construction, were very easy to work with and willing to listen to our concerns and needs as construction progressed,” said Rempel.