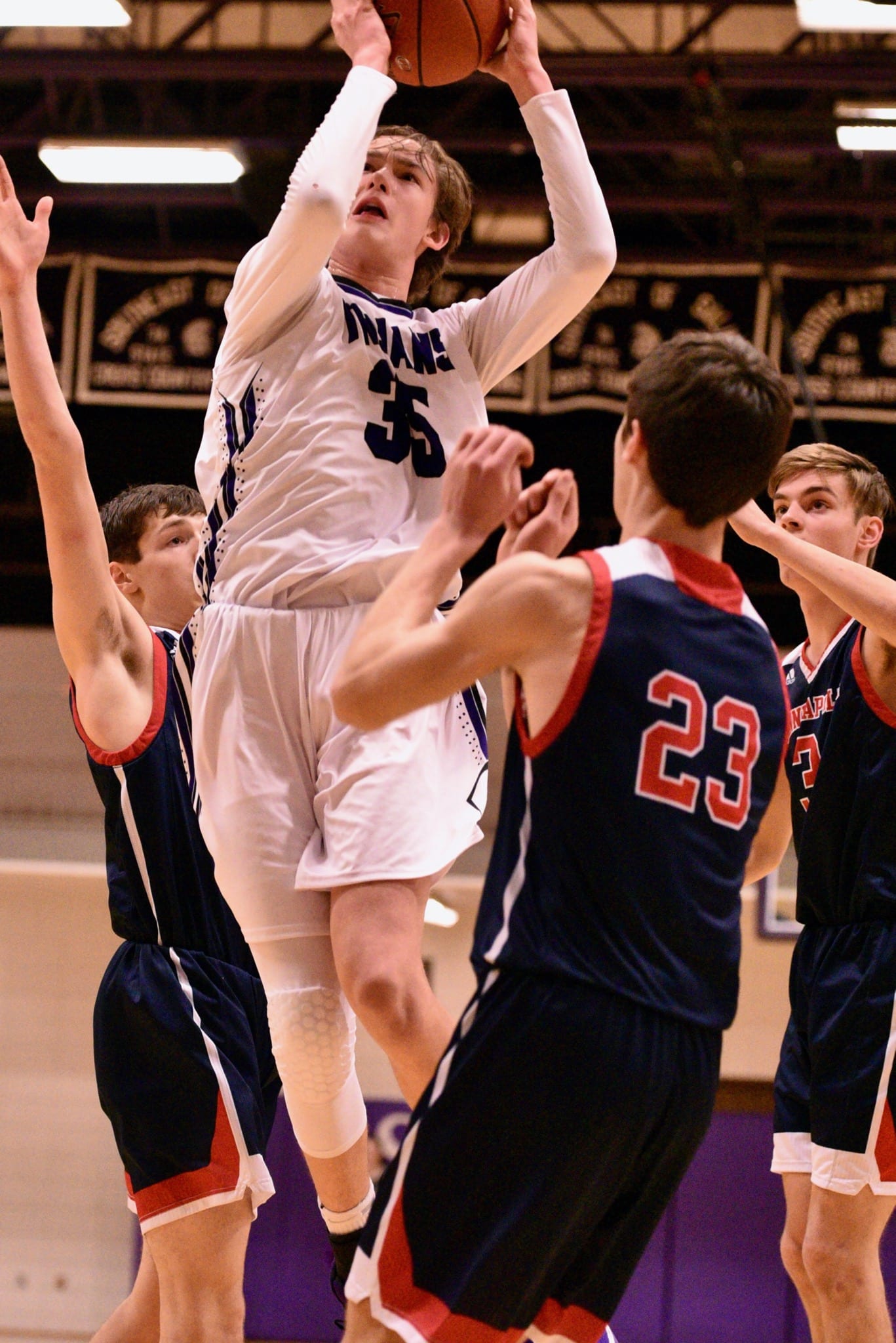 By Matt Browning
Eli Sawyers from Southeast of Saline was voted as the Salina Area Preseason Player of the Year. Sawyers received over 4,600 votes, which was 52 percent of the overall vote.
“It [winning the poll] means a lot,” Sawyers said. “I have put in a lot of work since last year, and I’m hoping for a successful season.”
As a freshman last season, Sawyers was a first team all-league and an honorable mention all-state selection. He averaged 10 points and five rebounds per game on a Trojan team that went 14-7 and lost in the first round of the 3A sub-state.
Southeast of Saline returns significant talent this season and Sawyers is excited to see what the Trojans can do.
“I am looking forward to the tough games that you have to fight to win,” Sawyers said. “I am also looking forward to getting back together with my old teammates, and maybe playing with some new ones.”
With three years of high school basketball still remaining for Sawyers, there are a lot of unknowns for his future. However, Sawyers, who also is a wide receiver for the Trojans’ football team, desires to play Division I basketball and he already has multiple schools in mind.