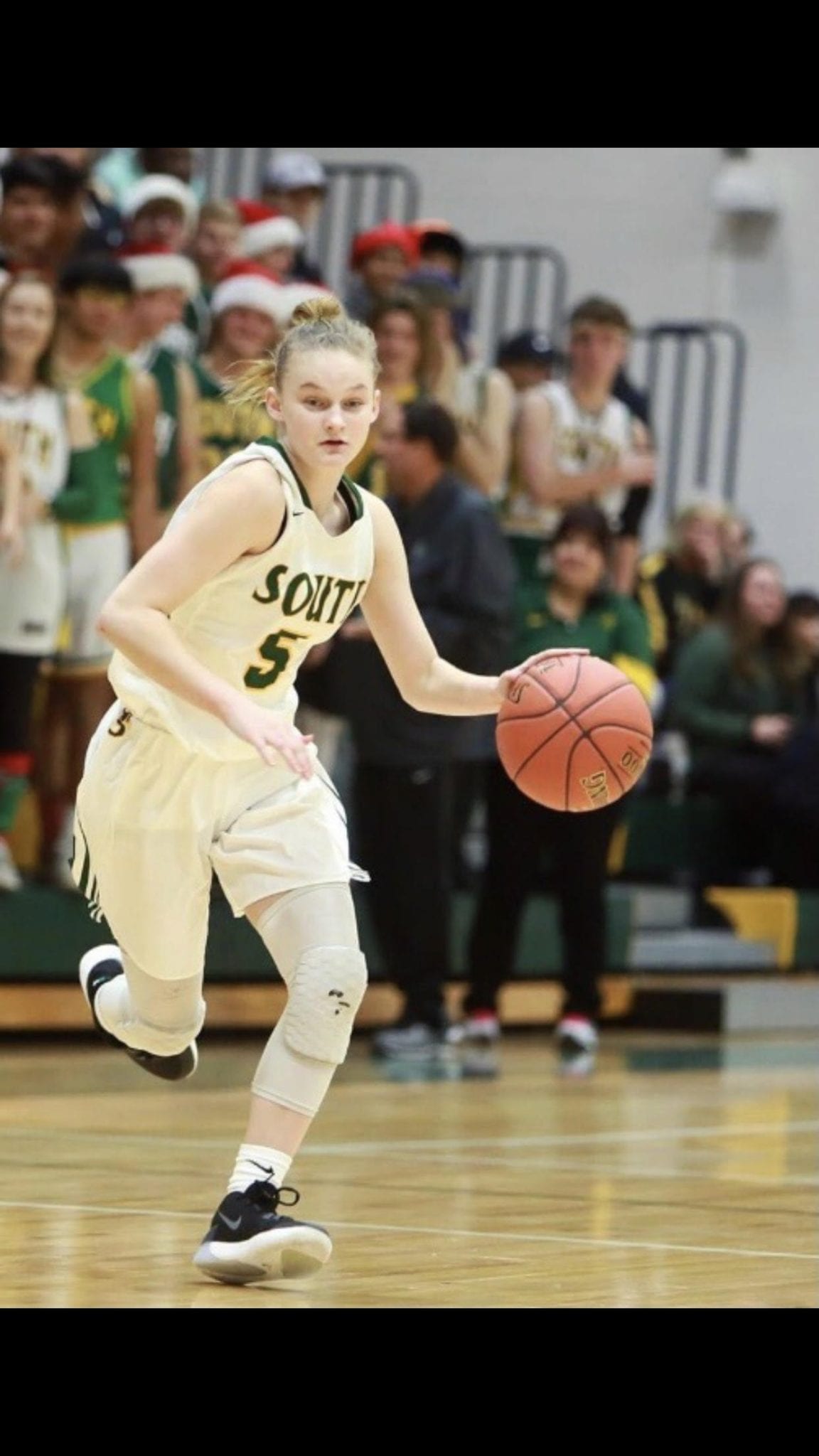 By Matt Browning
Sydney Peterson of Salina South was voted as the Salina-area Preseason Player of the Year. Peterson received over 11,000 votes, which was 50 percent of the overall vote.
“It’s an honor to be on the list with such great talent,” Peterson said.
As a sophomore, Peterson was a second team all-league and honorable mention all-state player last season for Cougars. She led the team in scoring (9.7), rebounds (5.4) and free throw percentage (75 percent).
This season, Peterson is looking forward to a familiar rivalry on Salina South’s schedule.
“This year, I am looking forward to getting back on the court with my team, and playing Salina Central,” Peterson said. “We really look forward to the South/Central games.”
Peterson would like to play basketball in college, while also pursuing a career as a veterinarian.