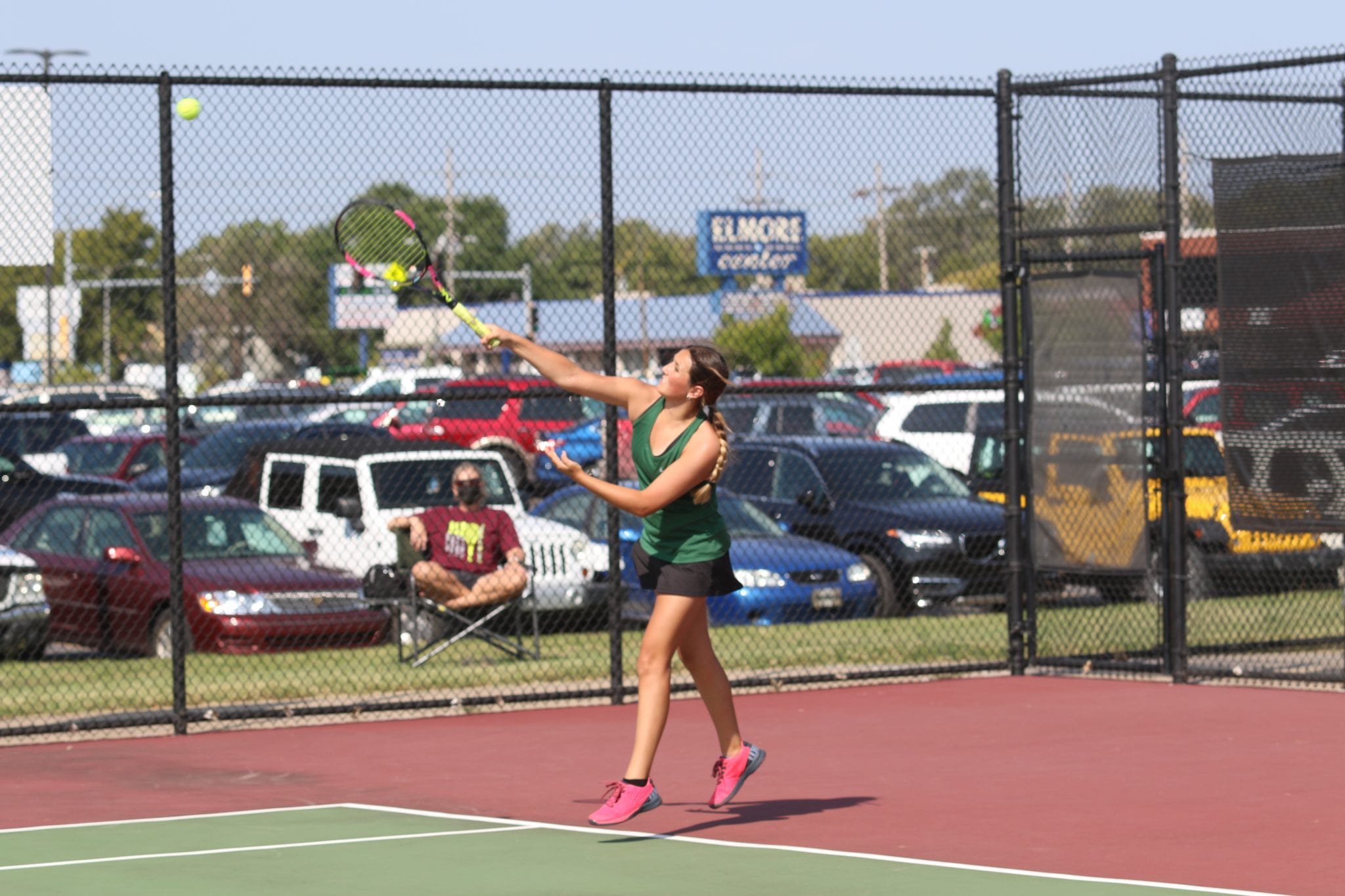 By Matt Browning
Alexxa Nunemaker of Salina South was voted as the Salina-area girls tennis player of the year. She received 9,743 votes, which was 42 percent of the overall vote.
Nunemaker partnered with Iliana Armbrust to finish third in the doubles competition at the 5A Tournament.
“I feel very proud of myself and honored due to the other candidates and how skilled they all are,” Nunemaker said.
Along with Armbrust, Nunemaker won the Maize regional tournament before advancing to the semifinals at state. The duo lost to Heidi and Hope Lubbers in the state semifinals, but then rebounded to defeat Grace Unruh and Lauren Sweeney of Topeka Seamen in the consolation match.
“This season was very special,” Nunemaker said. “My favorite moment was when my partner and I won our last match at state, which not only made us place third, but I also reached 100 varsity career wins.”
At this point, Nunemaker is still weighing her options for college. While she is undecided if she wants to play tennis, she does know she wants to major in Biology.