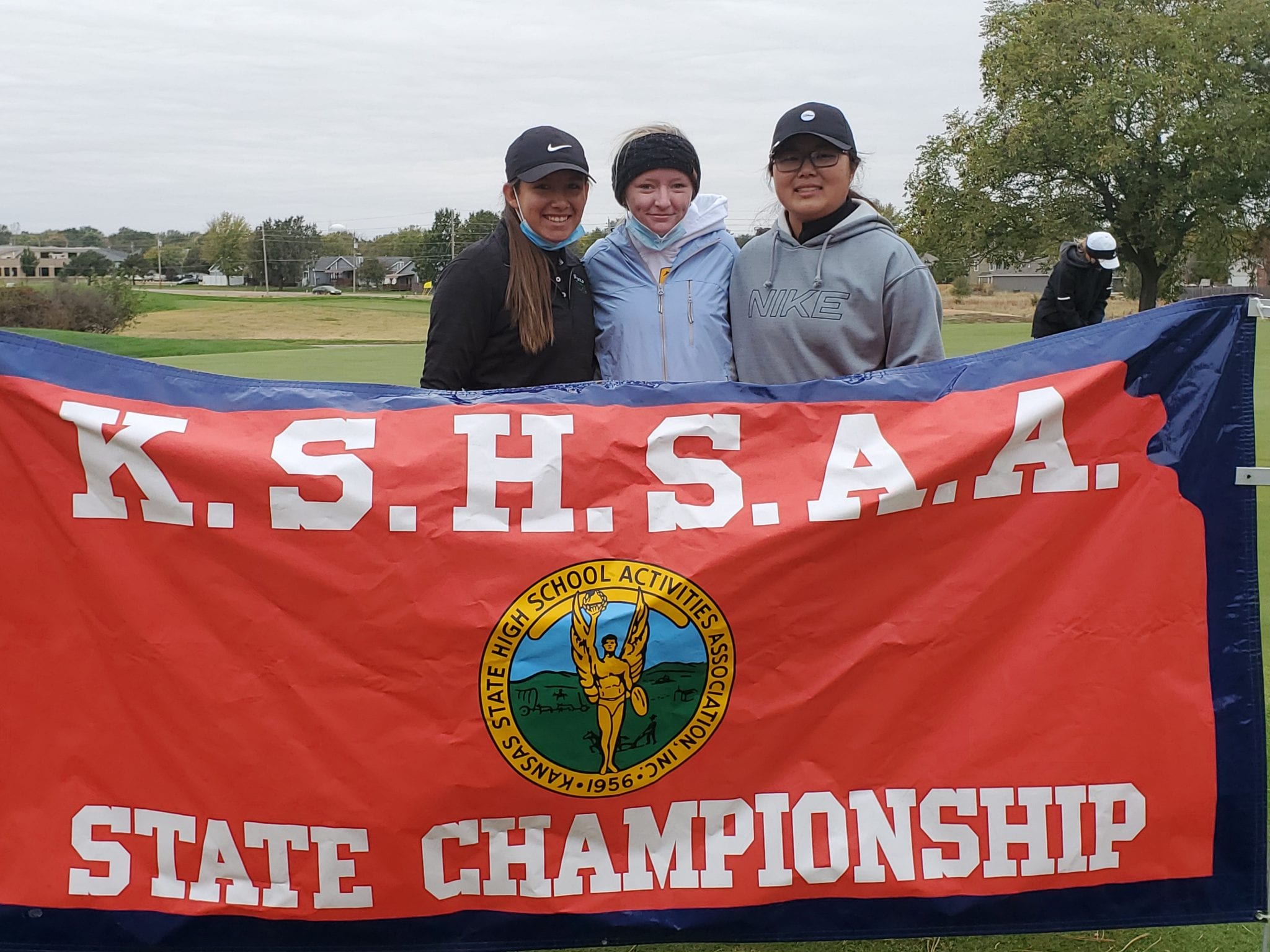 By Matt Browning
Nina Frees was voted as the Salina Area Girls Golfer of the Year. Frees received over 1,800 votes which was 93 percent of the overall vote.
“It just means that I performed well enough to be in a category with other good golfers,” Frees said. “I’m honored that I performed well enough to be nominated for the category.”
Frees finished tied for 16th at the 5A Tournament in Salina with scores of 81 and 84. The previous week Frees finished third at the Emporia Regional after shooting 79.
“I would describe my golf season as a very competitive year,” Frees said. “There were a lot of other great golfers so it made the sport very competitive and fun as getting to know the other golfers and meeting new people. For the most part I was satisfied with my season. State didn’t go as well as I wanted it to go but I finished better than last year.”
Frees, who is just a sophomore, is also a talented softball and at this time that is what she hopes to play in college.