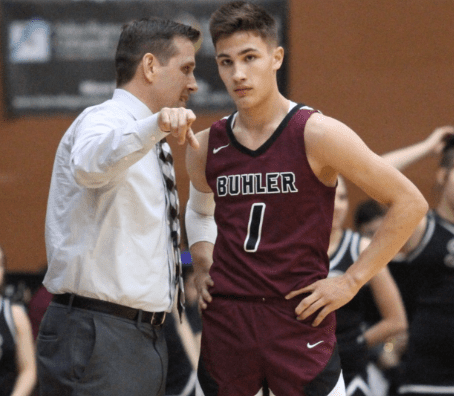 By Matt Browning
The Buhler boys basketball team was chosen as the Visit Wichita team of the month for November.
The Crusaders went 4-2 against teams in the Salina-area last season and will play Salina South and McPherson twice this season, as well as playing in Salina for their midseason tournament.
“We have a lot of good guards returning and an experienced power forward who all played significant minutes last year,” Buhler coach Ryan Swanson said. “I think they are anxious to build on the success we had last year.”
Buhler knocked off Abilene in the 4A semifinals last season and advanced to the state tournament, where the Crusaders fell to powerhouse KC Piper.
With significant talent returning, Swanson thinks his team can achieve bigger things this season, thanks to a cohesive unit.
“We have not been able to have the reps in the summer that we usually would have, so bringing back guys with a lot of experience, especially guards should help a lot,” Swanson said. “Max Alexander is one of the most dynamic guards in the state, Isaiah Hernandez is very talented and one of the top point guards in the 2022 class and Taiden Hawkinson is a very underrated guard who will be spending his fourth season on the varsity level.”