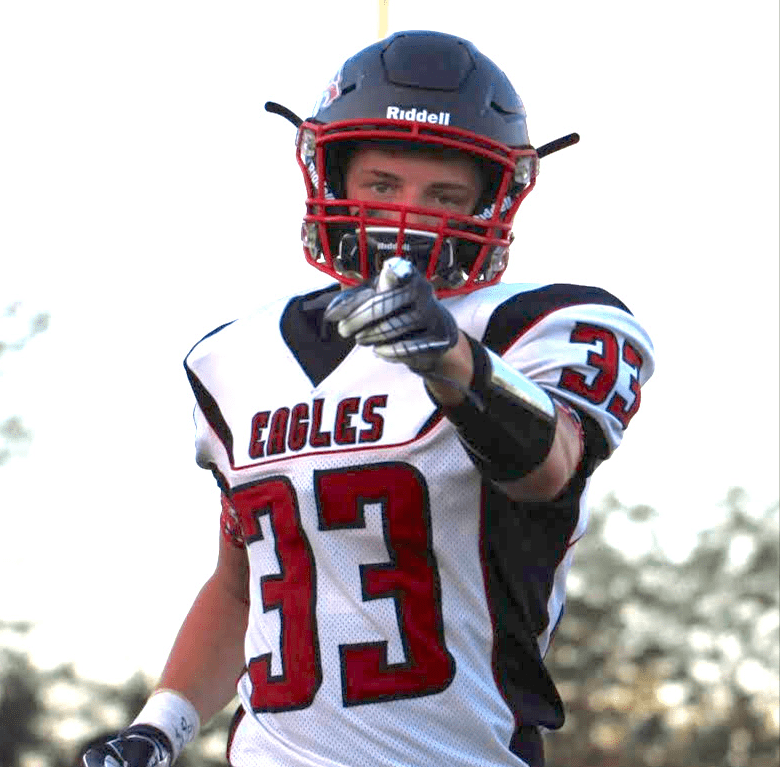 Douglas Koch of Clifton-Clyde was voted as the Salina-area Preseason Linebacker of the Year. Koch received over 13,000 votes, which was 48 percent of the overall vote.

“It is very humbling to be voted for the award,” Koch said. “It really shows the immense support there is for our sports teams in the community. We have a great fan base who supports us very well.”

Koch was an honorable mention all-state linebacker last year for the Eagles, who went 9-1.

He is the leader on defense this year for Clifton-Clyde, which is ranked in VYPE’s Salina-area Power Rankings.

“This year we knew we had a tougher schedule to begin the season than last year,” Koch said. “Week two we took on another state ranked team in Little River who’s a very good team. We got a big win in overtime against them.”

Koch has tried to become a better tackler this season, after watching film revealed he struggled with getting to the play quickly.