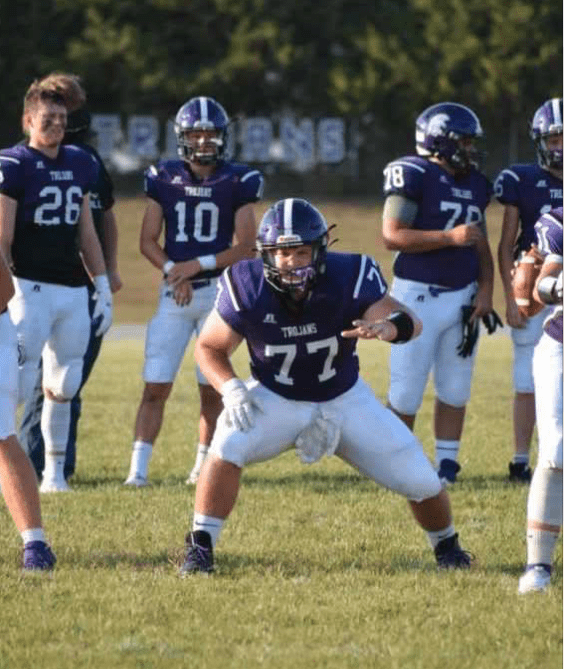 Sterling Harp of Southeast of Saline was voted as the Salina-area preseason offensive lineman of the year. Harp received 306 votes, which was 62 percent of the overall vote.

Harp was a first team all-league performer last season and was also an honorable mention all-state lineman. “I am very honored to have been selected for this award,” Harp said. “I have worked this summer with a lot of the area lineman at the Sharp Performance Elite Prospect camps. I have drilled with many of the top area linemen at this camp and respect all of them because they worked hard just like myself.”

Harp already knows what he wants to do after college.

“I would like to give back to the sports (football and wrestling) that have made me a better person as I have grown up,” Harp said. “I would like to coach kids after I graduate from college. I would also like to pursue a high school teaching degree.”