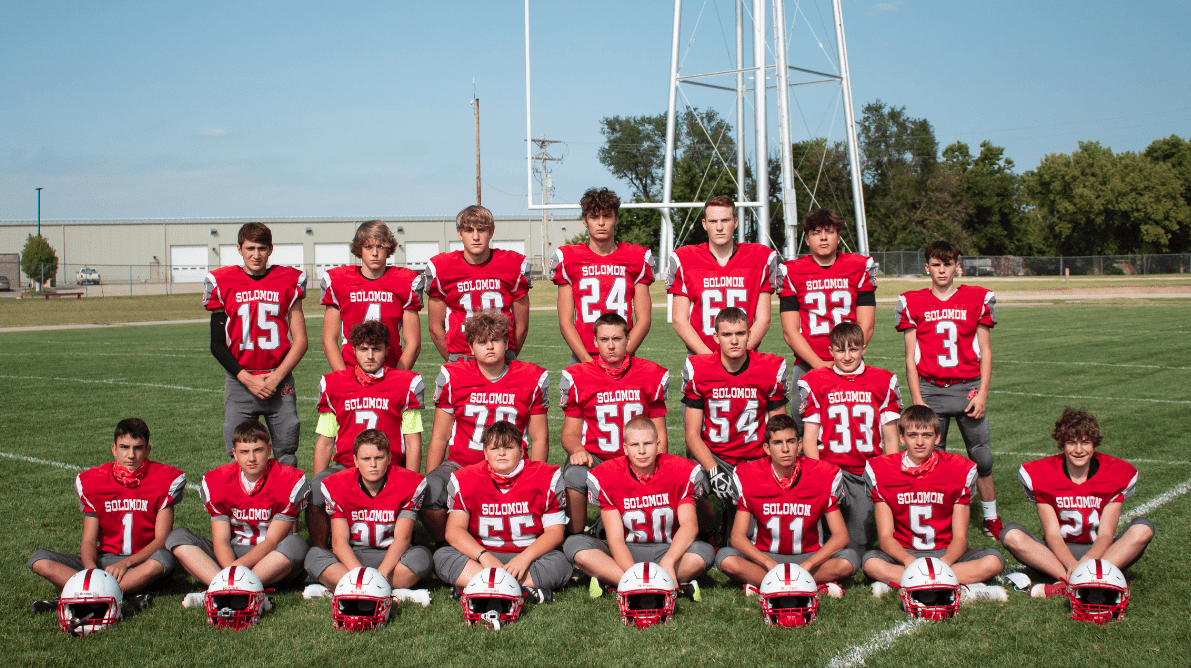 Solomon football coach Mike Kilgore thought his team had a chance to be competitive this season, but the Gorillas jumped out to a 4-0 start and were ranked No. 10 in VYPE’s Salina-area Power 10.

That somewhat caught Kilgore off guard, but he attributes his team’s start to how effective summer workouts were.

“We had a great summer leading up to the season,” Kilgore said. “I think that the kids not being able to compete last spring really helped out our summer work-outs. We still have a lot of improving to do but the kids are working hard every day.”

The Gorillas have three key players that have led the offense: Alex Herbel, Dylan Hynes and Spencer Coup. The trio has combined for 1,395 of the team’s 1,461 total offense and 26 of their 27 offensive touchdowns through five games.

These three bring a lot to our offense, along with the other guys that play offense,” Kilgore said. “With Alex the only senior he is starting to command the offense and making great reads.”

Hynes also leads Solomon on defense with 66 tackles, 12 of which were for a loss, a sack and a fumble recovery.

“Hynes on the defense side is doing a great job with reading his keys and is playing great football,” Kilgore said.

With so much uncertainty with the 2020 season, Kilgore and the Gorillas are choosing to focus on weekly goals and being grateful to play, rather than what the rest of the season might hold.

“A successful season is meeting our weekly goals and winning every play that we get to play,” Kilgore said. “If our guys can do that then everything in the postseason is extra.  A team goal is to make it to the playoffs which will be tough in the district that we are in and to have a winning season.”