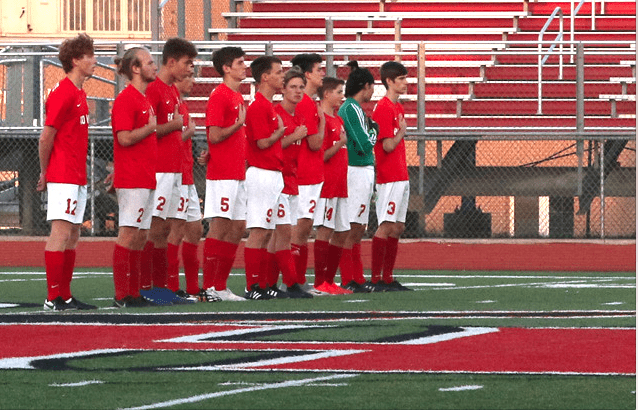 The Rose Hill boys soccer team was chosen as the Visit Wichita Team of the Month for October. The Rockets traveled to McPherson and defeated the Bullpups 4-0 on September 29.

The Rockets lost their third game of the season, but have not lost since.

“After competing so well in a college summer league, I figured that we would be a hard team to beat,” Rose Hill head coach Jerry Treat said.

The Rockets’ senior class came in as heralded freshmen four years ago and many have started since day one. According to Treat it took some time for them to physically mature and catch up with their natural ability.

“One thing we had to wait for was the physical maturity of these players,” Treat said. “Many of them just hit their growth spurts last year.”

While some might be surprised at the Rockets’ success, Treat was expecting this type of season.

Our schedule is favorable for us this season and our 10-1-1 record is about where I thought we would be,” Treat said.