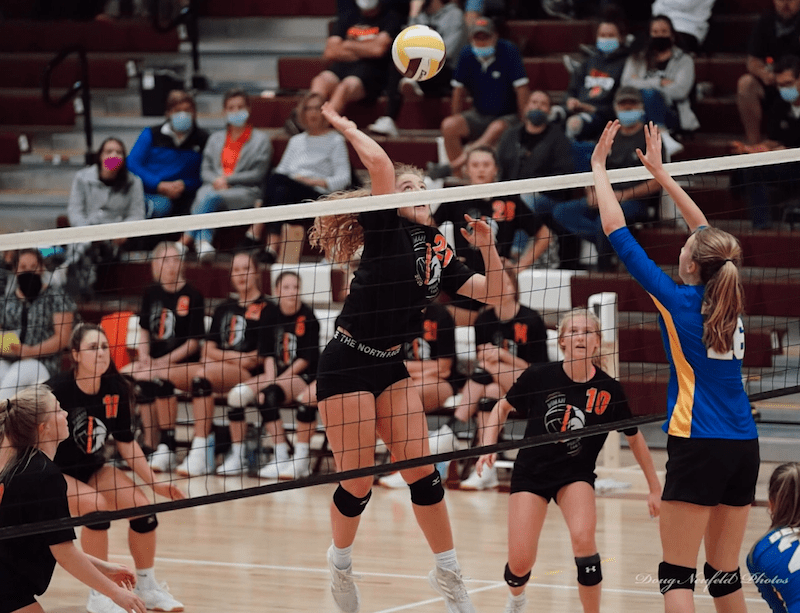 Inman High School senior Claire Thiessen is a middle hitter on the varsity volleyball team. Getting back to a normal routine was an exciting moment for Thiessen.

“I knew it was going to be different with CPVOD-19, but I have been so thankful for every practice and game that we have had so far together as a team,” said Thiessen. “This year has really shown me what a true team looks like, not only do we do everything for the benefit of the whole, but we all get along so well. Practices are fun yet focused and that is how we have to play as well. If we aren’t being goofy and having fun together on the court, it doesn’t end up good for us.”

Thiessen said this season has been exciting thanks to a new coach and a new direction.

“This year we have a new coach and she has really devoted herself to correcting our bad habits as well as teaching us to see the great team that we are and the potential we have. Our community has also really shown out this season despite all the restrictions, they are involved by getting excited in our games and that helps us a lot.”

After graduating, Thiessen plans to attend Bible School for one year then make a decision on her future plans.

“I am just trying to see what God has planned for me,” said Theissen. “I have made some major changes in the past year to be able to grow closer to God and they have all helped me to have a better mindset and be a better teammate on the court. Putting my focus on the Lord in all that I do takes some of the pressure off of school and volleyball because I know he has huge plans for me.”