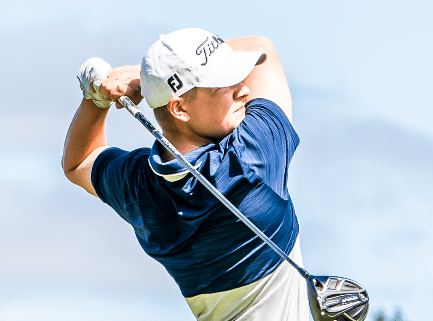 Salina Sacred Heart standout basketball player and golfer Tate Herrenbruck injured his knee during basketball season, which significantly hindered the Knights’ chances at repeating as the 2A boys golf champions.

However, Sacred Heart did return individual champion junior Kameron Shaw, who won the 2019 title by a shot over Herrenbruck.

Moreover, the 2020 2A Tournament was to be held at Salina Municipal Golf Course, so Shaw had plenty of experience on the track.

Prediction: Shaw raced out to a 3-under 67 in the first round after making six birdies on his round. He held a commanding five-shot lead heading into the second day of the tournament.

It was more of the same on day two for Shaw, who fired a bogey-free 4-under 66 to finish with a score of 136, which was 11 shots better than second place.

Herrenbruck will be attending the University of Kansas in the fall to play golf for the Jayhawks. Shaw is well on his way to following in similar footsteps.

Thursday, March 11th, Black Thursday in the VYPE Nation – the final day of high school athletic competition for the 2019-20 year thanks to the Coronavirus. There are so many fantastic success stories that were left untold. As part of the VYPE Year-End review, our editorial folks decided to have some fun and make predictions on what might have been for some of our VYPE Nation athletes!