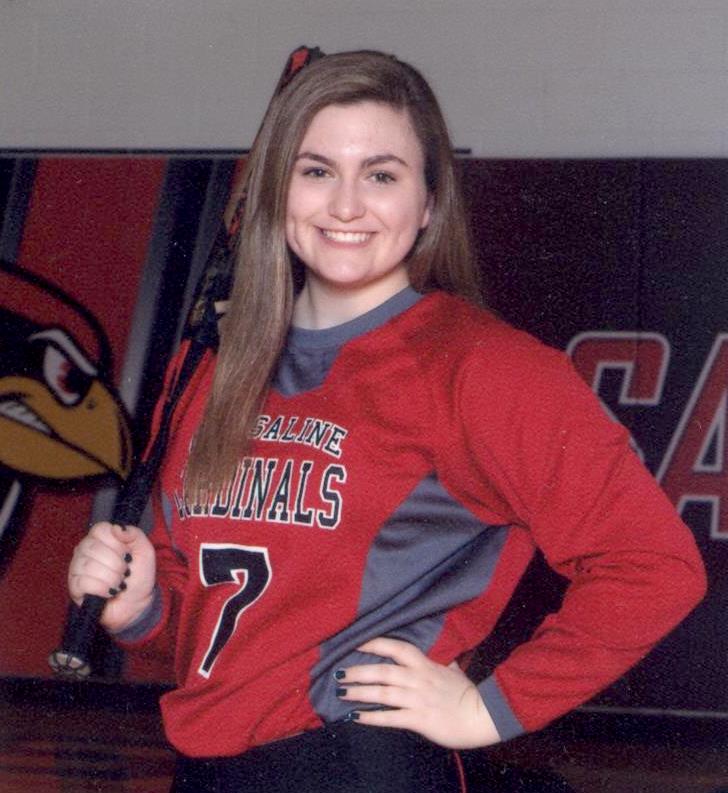 Sydney Hynes was the starting catcher for Ell-Saline’s softball team for two years and would have been behind the plate again this year for the Cardinals.

Last season was going great for Hynes as she had the best batting average on the team, but she broke her fibula in the middle of April. Due to other injuries on Ell-Saline’s team, Hynes was forced to play first base that day and she broke her leg trying to make a catch against a fence.

Hynes has a 4.0 GPA and will be graduating as co-valedictorian at Ell-Saline.  She plans on attending Washburn University, where she has been accepted into their Physical Therapist Assistant Program.